Rick Moranis Turned Down a Cameo in Ghostbusters Reboot 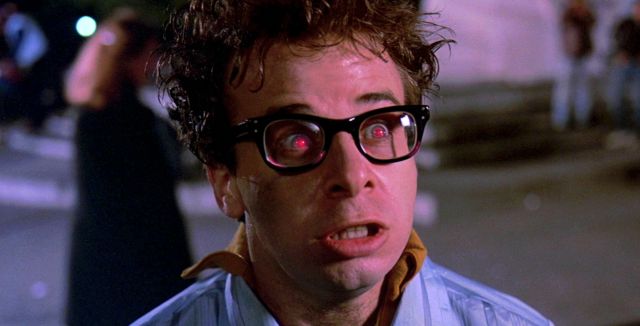 We already know that original cast members Bill Murray, Dan Aykroyd, Ernie Hudson and Sigourney Weaver are set to cameo in some capacity in Sony’s upcoming Ghostbusters reboot, but there is one notably absent cast member, the elusive Rick Moranis. Speaking with The Hollywood Reporter, Moranis revealed that he was offered a cameo in the film but turned it down.

“I wish them well. I hope it’s terrific. But it just makes no sense to me. Why would I do just one day of shooting on something I did 30 years ago?”

Moranis went on to confirm that despite rumblings that he’s completely retired from film and television work, if the right project came along he would do it.

“I took a break, which turned into a longer break,” he tells the outlet. “But I’m interested in anything that I would find interesting. I still get the occasional query about a film or television role and as soon as one comes along that piques my interest, I’ll probably do it. [But Ghostbusters] didn’t appeal to me.”

Directed by Feig from a script he co-wrote with Katie Dippold, Sony Pictures will release Ghostbusters in theaters on July 15, 2016.

With Marvel Studios’ Fantastic Four set for release in 2025, director Matt Shakman recently revealed that filming on the project…
Movies 8 hours ago

The first clip from Marvel Studios’ upcoming Ant-Man and The Wasp: Quantumania has been released featuring Scott Lang meeting Kang…
Movies 8 hours ago

On the official DC blog, DC Studios Co-CEO James Gunn spoke about he and fellow Co-CEO Peter Safran’s ambition to…
Movies 9 hours ago

Dave Bautista has already built a nice resume of acting roles throughout his brief Hollywood career. Now, the actor is…
Movies 5 days ago