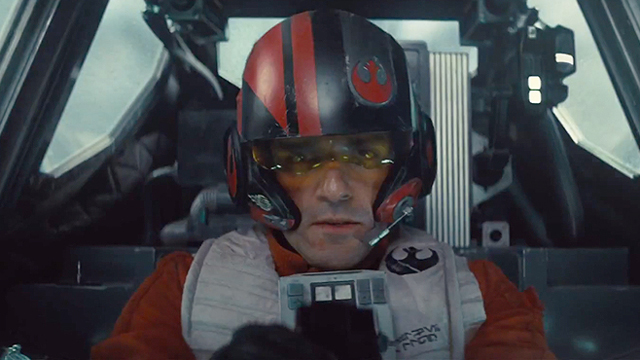 Star Wars: The Force Awakens will debut on every IMAX screen in North America

Everyone expects Star Wars: The Force Awakens to open big, but no one expects it to be bigger than the purveyors of the biggest screens on the planet. According to The Hollywood Reporter, director J.J. Abrams’ December 18 release has booked EVERY IMAX screen in North America for one full month. That’s 375 to 400 screens all to itself, plus most of IMAX’s foreign screens as well.

The deal struck between Disney/Lucasfilm and IMAX is similar to one struck four years ago with Warner Bros. for The Hobbit trilogy, and will leave other large-format-worthy epics like In the Heart of the Sea and The Revenant stuck in regular multiplexes without the IMAX boost. Abrams has also shot a full desert chase sequence featuring Daisy Ridley, John Boyega and the iconic Millennium Falcon specifically with IMAX cameras to give fans an extra perk to pay the premium ticket price.

“Star Wars: Episode VII is the ultimate crossover movie — it crosses over to everyone,” stated IMAX Entertainment CEO Greg Foster.

Pedro Pascal said before that he was trying to recruit Nicolas Cage into the world of Star Wars, but the…
Movies 1 month ago