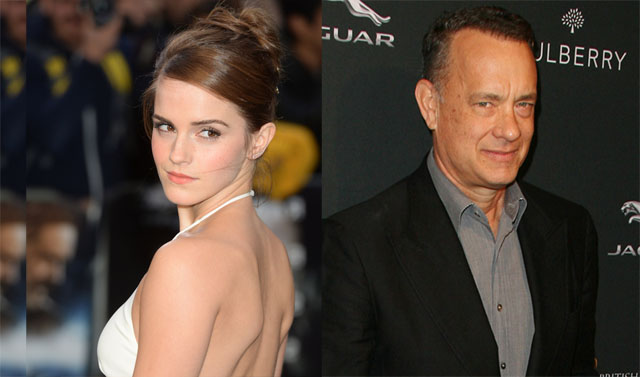 Playtone and Likely Story announced today that Emma Watson (who is currently filming Disney’s live-action take on Beauty and the Beast) will star alongside two-time Academy Award winner Tom Hanks in James Ponsoldt’s upcoming feature adaptation of Dave Eggers’ novel, The Circle. Production on the film is set to begin this September in California.

Eggers’ novel focuses on a young woman (Watson) who is hired for a big job in an Internet monopoly called the Circle, which links users’ personal emails, social media, banking, and purchasing with their universal operating system, resulting in one online identity and a new age of civility and transparency.

The novel turns into a contemporary thriller about the perils of life in a digital age where personal data is collected, sifted and monetized and used for surveillance, rendering privacy obsolete.

The feature adaptation has been written and will be directed by Ponsoldt (The Spectacular Now). The film is being produced by Tom Hanks and Gary Goetzman for Playtone, Anthony Bregman for Likely Story, and Ponsoldt.

“Emma Watson is one of my favorite actors,” says Ponsoldt, “and her incredible talent, sensitivity, and deep intelligence will bring an electric energy to ‘The Circle.'”

Watson replaces Alicia Vikander, who was announced to star in The Circle last month. The Ex Machina star left the project due to scheduling conflicts with Paul Greengrass’ upcoming return to the Bourne franchise.

The Circle will be presented by Image Nation in association with Parkes MacDonald Productions. IM Global are handling international sales on the film. US rights are being jointly repped by UTA Independent Film Group and CAA. Watson is represented by WME (US), Untitled (US) and Markham, Froggatt and Irwin (UK).

Sony Pictures has changed the release date for its upcoming comedy-drama A Man Called Otto, based on the 2015 Swedish film…
Movies 4 months ago

According to Deadline, WandaVision star Paul Bettany has signed on to star opposite Forrest Gump actors Tom Hanks and Robin Wright…
Movies 4 months ago