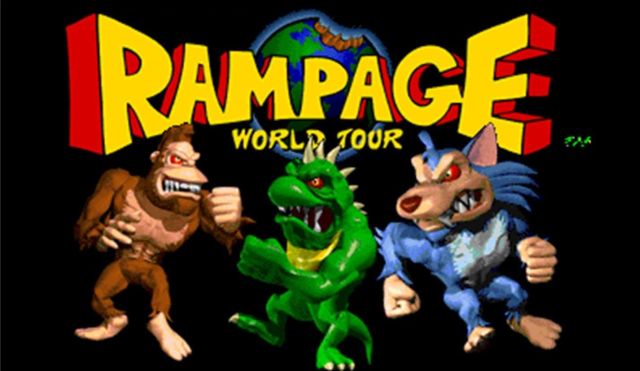 Deadline brings word that Dwayne Johnson is set to re-team with his San Andreas producer Beau Flynn and New Line Cinema for an adaptation of the classic Midway arcade game Rampage. Non-Stop screenwriter Ryan Engle is set to pen the screenplay, the story for which is said to be “under wraps.”

The hunt is now on for a director for the film, which will reportedly shoot after Johnson completes work on Fast & Furious 8, which is set for a release on April 14, 2017. This will also mark the fourth collaboration between Johnson and Flynn, having also worked on Journey 2: The Mysterious Island and Hercules together as well.

Released in 1986, the original Rampage put players in control of one of three monsters: A giant ape named George; a giant lizard name Lizzy; or a giant wold named Ralph. The game saw the monsters running amok across the United States, fighting the military, and destroying key landmarks. Several sequels were developed for the title as well, adding even more types of monsters to the playable roster and extending their path of destruction into the cosmos and even back in time.

A previous attempt at adapting the game was announced in 2011 but ultimately never materialized.

Dwayne Johnson Proud to Have ‘The Guts to Fail,’ Amid DC Reports

Following reports of tension between Dwayne Johnson and Warner Bros. Discovery popping up recently, the actor took to social media…
Movies 3 weeks ago

GigaBash was a pleasant surprise when it came out in August. While it lacked any licensed monsters, this kaiju fighting…
Games 1 month ago

Iconic Roles is a look at some of the best performances in film and television by actors and actresses. Dwayne…
Movies 3 months ago