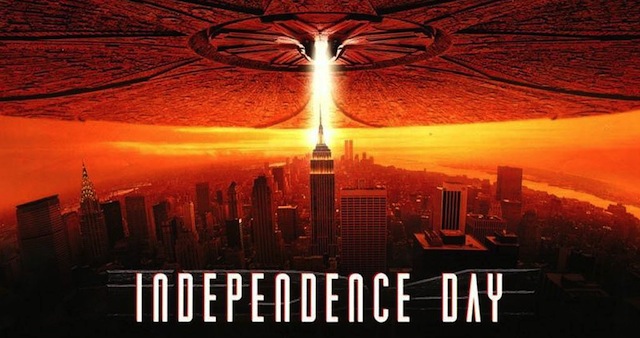 Cameras are have been rolling for more than a month on director Roland Emmerich’s Independence Day sequel and 20th Century Fox is preparing to give audiences a first look at the much-anticipated science fiction adventure with a cast Q&A livestream straight from the Albuquerque set! Come back to ComingSoon.net tonight, June 22 at 6:00pm PST to check it out and, if you’ve got any questions for the cast, tweet them using the hashtag #IndependenceDayLive or let us know in the comments below!

CS is visiting the set of the sequel and we’ll be sharing as much as we’re allowed. Be sure to check out our Instagram feed for updates, including our most recent post that teases the film’s “Earth Space Defense”!

Joining Emmerich for the livestream will be stars Jeff Goldblum, Bill Pullman, Judd Hirsch, Vivica A. Fox, Brent Spiner, Angelababy, Maika Monroe, Sela Ward, Jessie Usher and Liam Hemsworth, all of whom you can take a look at in the below gallery viewer beneath the film’s current official synopsis:

It was an ordinary summer day. But then, without warning, something very extraordinary happened: Enormous shadows fell across the land. Strange atmospheric phenomena, ominous and mesmerizing, surfaced around the globe. All eyes turned upward.

The question of whether we’re alone in the universe was finally answered. And, in a matter of minutes, the lives of every person across the globe were forever changed.

With the fate of our planet at stake, the Fourth of July took on an entirely new meaning. No longer was it solely an American holiday. It would be known as the day the entire world fought back. The day we did not go gentle into the good night … The day all of us on planet Earth celebrated our Independence Day.

But Independence Day was just the beginning. We always knew they were coming back. After that film redefined the event movie genre, the next epic chapter in the Independence Day universe delivers a global spectacle on an unimaginable scale. Using recovered alien technology, the nations of Earth have collaborated on an immense defense program to protect the planet. But nothing can prepare us for the aliens’ advanced and unprecedented force. Only the ingenuity of a few brave men and women can bring our world back from the brink of extinction.

Moonfall Trailer Reveals a Shocking Discovery About the Moon