ComingSoon has three Red Box codes for The Infernal Machine to give out. The upcoming thriller is written and directed by Andrew Hunt and is based on The Hilly Earth Society, written by Louis Kornfeld and produced by Jonathan Mitchell for The Truth Podcast.

“Guy Pearce stars in this psychological thriller of obsession and deceit,” reads the official synopsis for the film. “Bruce Cogburn (Pearce), a reclusive and controversial author of the famed book The Infernal Machine, is drawn out of hiding when he begins to receive endless letters from an obsessive fan. What ensues is a dangerous labyrinth as Bruce searches for the person behind the cryptic messages … forcing him to confront his past and ultimately revealing the truth behind The Infernal Machine.” 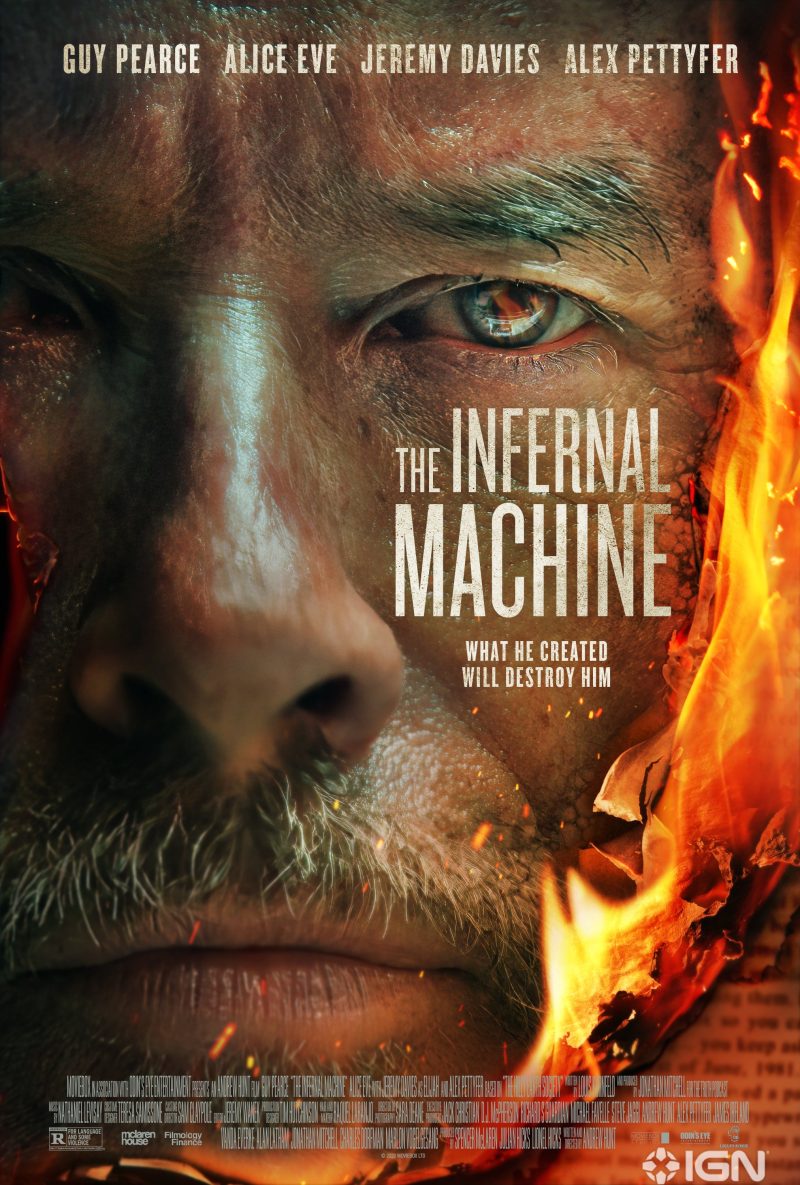 ComingSoon has ten digital download codes to give away for Dangerous Game: The Legacy Murders, the upcoming thriller that stars…
Movies 3 months ago

ComingSoon has three Redbox codes to give away for The Visitor, the upcoming psychological thriller that stars Finn Jones, Jessica McNamee, Dane…
Movies 4 months ago

Paramount Home Entertainment debuted the trailer for its upcoming psychological thriller The Infernal Machine, highlighting a reclusive author who is…
Movies 5 months ago