The poster for Armageddon Time, the upcoming period drama that is written and directed by James Gray, has been revealed.

Check out the poster for Armageddon Time below: 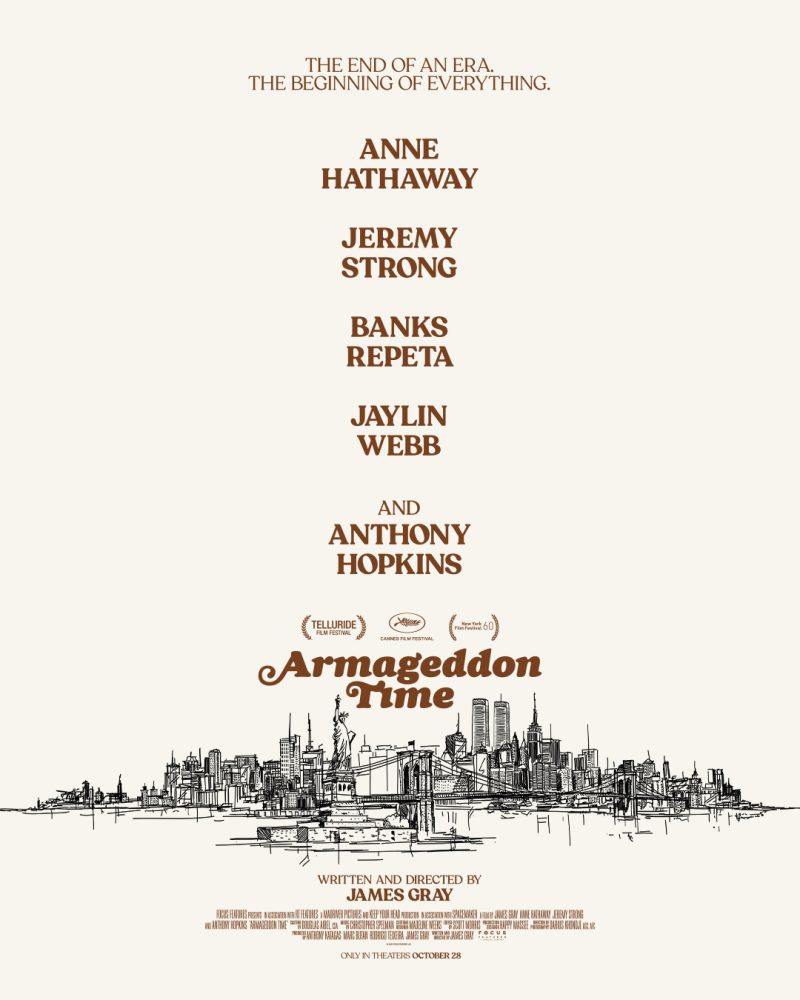 MORE: The Lord of the Rings Character Featurette Introduces Arondir

“From acclaimed filmmaker James Gray, Armageddon Time is a deeply personal story on the strength of family, the complexity of friendship, and the generational pursuit of the American Dream,” reads the synopsis. “The film features an all-star cast including Anthony Hopkins, Anne Hathaway, and Jeremy Strong.”

According to Deadline, Netflix has successfully nabbed the film rights to Kōtarō Isaka’s 2019 novel titled Seesaw Monster. The streamer…
Movies 3 months ago

Essential Movies is a look at some of the best films by Hollywood directors. Three years after the official release…
Movies 3 months ago

A new trailer for Armageddon Time, the upcoming period drama that is written and directed by James Gray, has been…
Movies 5 months ago