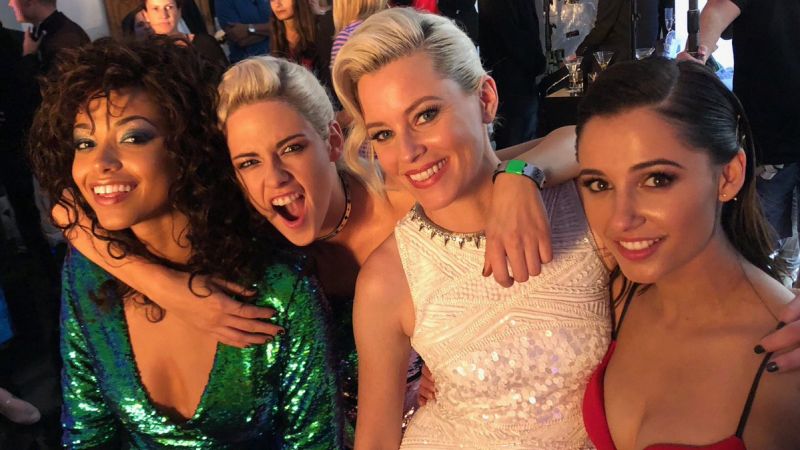 Sony has pushed Elizabeth Banks’ remake of Charlie’s Angels from November 1 to November 15, according to Deadline. The move steers the film away from Terminator: Dark Fate, and gives the film some prime Thanksgiving real estate.

The new Charlie’s Angels film will star Kristen Stewart (Personal Shopper), Naomi Scott (Power Rangers) and Ella Balinska (Casualty) as the film’s titular trio. Doug Miro and Carlo Bernard (writers and producers for the Netflix series Narcos) co-wrote the script for the film. The cast also includes breakout star Noah Centineo (To All the Boys I’ve Loved Before), Jonathan Tucker (Westworld), Sam Claflin (Adrift) as well as Patrick Stewart, Djimon Hounsou, and Banks who are all reportedly playing the role of “Bosley” in the project. How that will work remains to be seen.

The Charlie’s Angels reboot will be produced by Banks and Max Handelman via their Brownstone production company along with Elizabeth Cantillon and Doug Belgrad who is co-financing through his 2.0 Entertainment banner. Andrea Giannetti will oversee the film for Sony.

Lucy Liu opens up about her infamous clash with Bill Murray on the set of 2000's Charlie's Angels.
Movies 2 years ago

Crystal co-wrote, produced, directed and stars in the film alongside Tiffany Haddish
Movies 2 years ago