Samuel L. Jackson has a long and versatile career in film. Perhaps unfairly, Jackson seems to be remembered more for his characters than the electric nuance he actually puts into his performances. As a result, however, Jackson has produced a number of iconic roles during his career. Whether it’s via voiceover or in person, Jackson’s career has been made by several characters. Though it was hard to leave some off, here are ten of his very best characters in movies.

Though he isn’t necessarily a sidekick to Mr. Incredible, Frozone serves as a right-hand man of sorts. Voiced by Jackson, the character pops up in both films and is responsible for some of the most memorable moments of the series. The famous “Where’s my super suit?” from the first film is still of the most quotable lines in the movie. Not to mention, Frozone is just flat out cool, pun intended. A stylish superhero with a fun personality. Jackson’s voice and demeanor lend itself perfectly to the character. 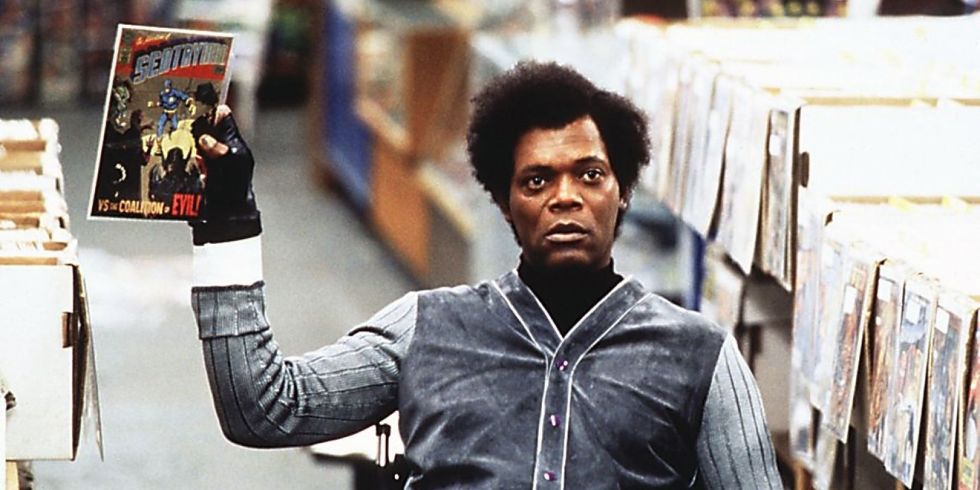 From hero to villain, Jackson’s versatility certain isn’t in question. In M. Night Shaymalan’s superhero film Unbreakable, Jackson plays the central villain, Elijah Price. A highly intelligent performance, Jackson delivers the goods in this role. Price is an obsession driven man who has aspirations of being a supervillain. He is primarily obsessed with finding his superhero counterpart as a way to justify his existence. Shaymalan unearths a ton about this character in one film which makes Jackson’s return to the role in next years Glass, even more intriguing.

Once again, pun intended, this is the crown jewel. Perhaps Jackson’s best performance and his most iconic role is his beleaguered hitman in Quentin Tarantino’s Pulp Fiction. A layered complex anti-hero of sorts who has grown weary of the business of organized crime. Contemplative and measured in his decision making, Jackson makes the most of his screen time here. Jules’s certainty of the miracle he and his partner Vincent Vega (John Travolta) witness in a shootout is enough for him to get out of the game. Plus, his now infamous delivery of a Bible verse in the film is anchored in film history.

Fury is the character Jackson has gone back to the most, and for good reason. He brings his charm and sass to the role and his ability to ground The Avengers is a treat to watch. Fury has had his ups and downs in the Marvel Cinematic Universe, but in a way we seem to always go back to Fury as the glue that holds this world together. He is set to reprise this role for a ninth time (including post-credit scenes) in his de-aged form for next year’s Captain Marvel. I won’t say Jackson was born to play this role as he is a very talented and versatile actor. However, he is a perfect fit for it. He adds an element to the MCU that would be sorely missed without him.

In a really committed performance, Jackson plays a crack-addicted brother to Wesley Snipes in Spike Lee’s Jungle Fever. Jackson gives a stunning performance and it feels wholly authentic. The movie focuses on an interracial relationship and its effects on society. Gator is an empathetic character, but also one that’s hard to defend. In some respect, Gator knows what he is, particularly in one heartbreaking scene where he brings his girlfriend (Halle Berry) to get money from his brother full well knowing what he’s using it for. It’s a powerful movie and a stellar role for Jackson. 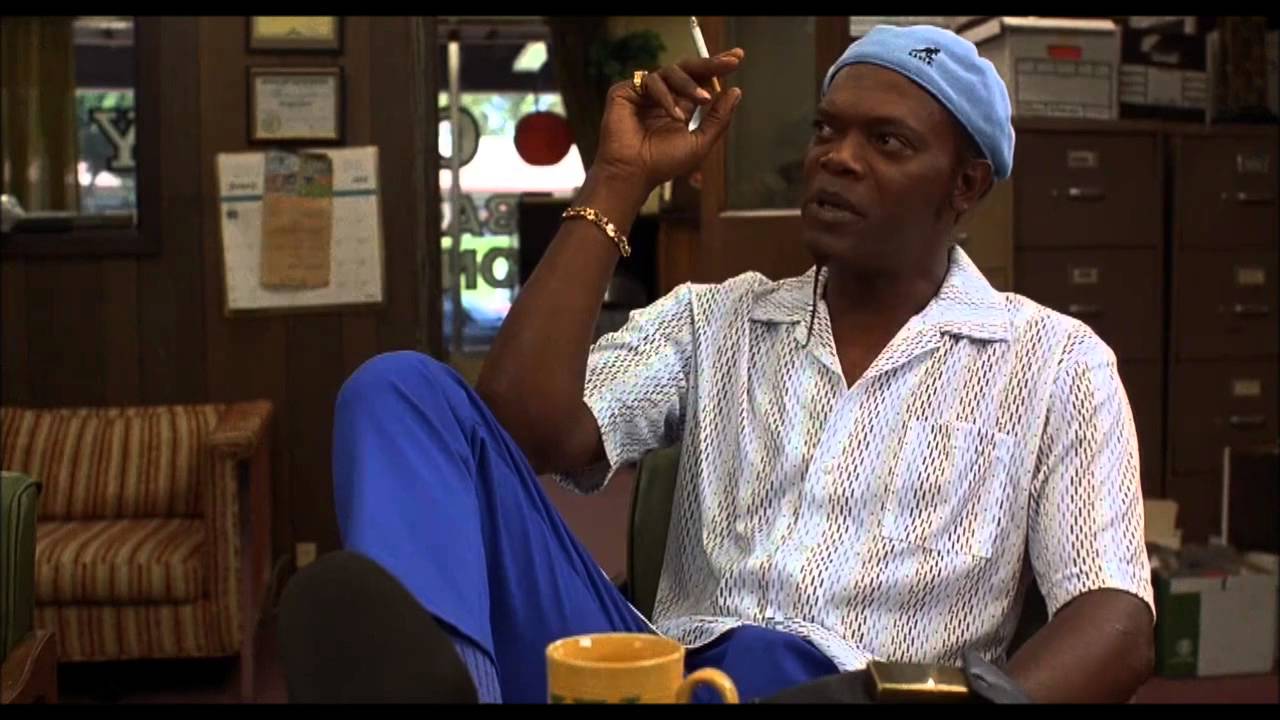 Reuniting with Tarantino, Jackson took on the role of gun selling gangster in Jackie Brown. Offering up some more iconic dialogue, Jackson steals the show in this film. Ordell sees his arms dealer life go awry when everything seems to go against him. Outside of Pulp Fiction, this may be Jackson’s best role in a Tarantino movie. Earning a Golden Globe nomination for his work here, he likely could have earned an Oscar as well for his gritty and committed work here. 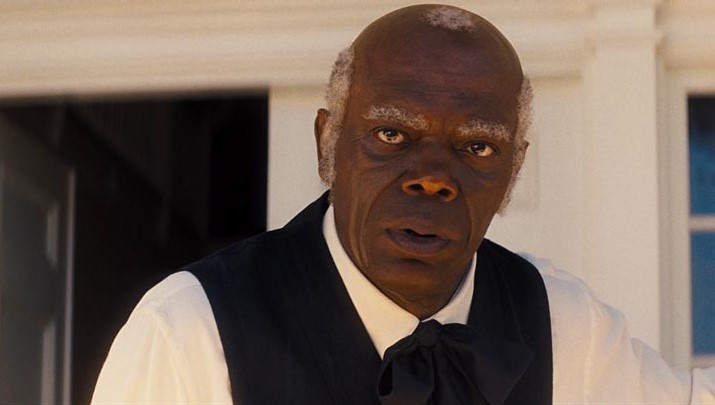 Foul-mouthed, sassy, and even a bit sadistic are all characteristics of Stephen, the right-hand man to Monsieur Calvin Candie in Django Unchained. Stephen is ever loyal to the white plantation owner. He is clever, and always skeptical, particularly of Django’s intentions upon arriving Candieland in the film. Stephen’s part in the films bloody finale is hysterical and sad all in the same vein. The character stays true blue to his boisterous and audacious personality until his final, gory moments.

In a movie that could have succumb to cliches, Jackson gives a performance to elevate the film above it all. It has the feel-good formula you know and love in inspirational sports dramas. However, Jackson’s work as the tough but caring coach of a troubled high school basketball team is admirable. He gives some stellar work in the lead role, some of the best of his career, even when the film around him isn’t always up to the task.

In Spike Lee’s masterpiece, Jackson’s scenes are short and sweet, but always memorable. Playing the smooth-talking DJ of Brooklyn, the movie takes place over one day, and Jackson is somewhat of an audience conduit in the film. “Wake up!” he shouts after the film opens with the iconic Public Enemy song “Fight the Power”. His turn here is early proof of Jackson’s ability to command the screen and make you remember him even in small roles. 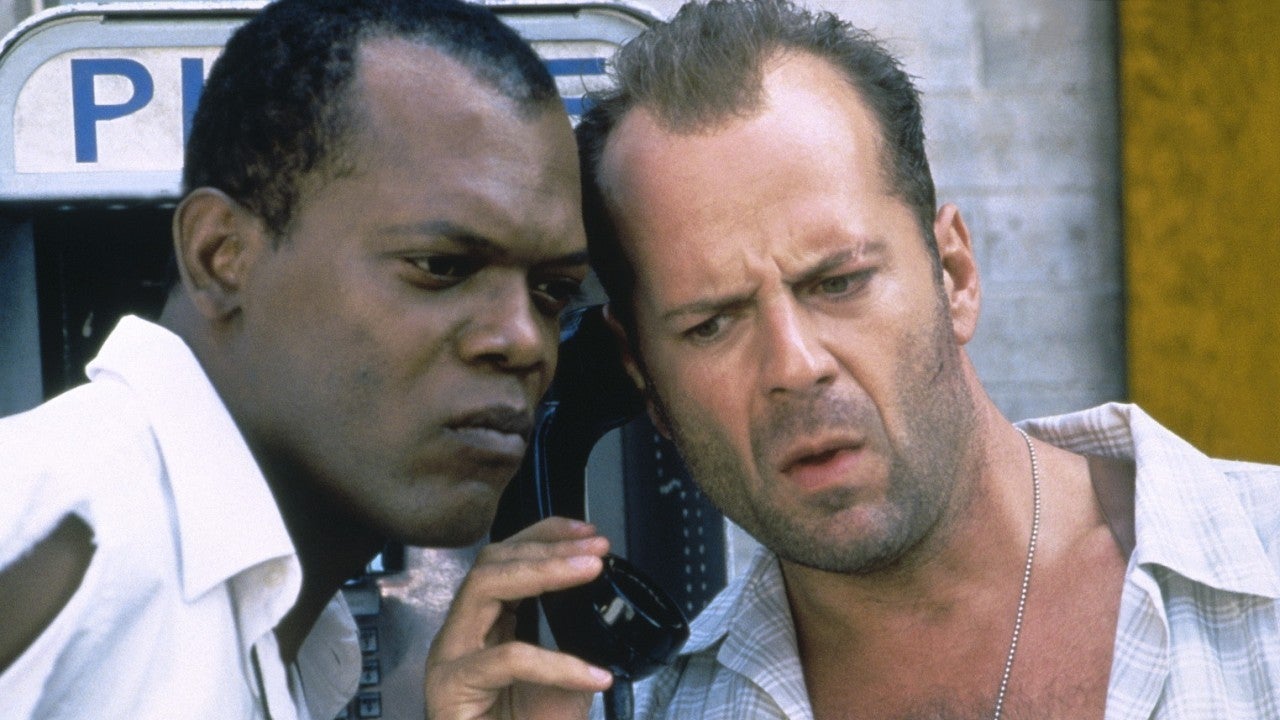 The third installment of the Die Hard franchise finds Jackson helping John McClane track down a terrorist who has plans to bomb New York City. Carver first finds McClane is a very precarious position and, despite his assumed prejudices, he offers to help him. Soon Carver finds out who McClane is and the two form an unlikely team. Jackson is solid as the reluctant hero and shopkeeper in the film which finds audiences divided as to it’s quality. What won’t divide audiences is Samuel L. Jackson’s commitment and charisma he brings to the role.