In her young career, Brie Larson has already made an incredibly large mark on the film industry. At 28-years-old, she’s already an Oscar winner, and has even scored her first big franchise film. Set to play Captain Marvel, Larson’s range has been shown throughout the years. Whether its being the voice of reason, or the outspoken lead, Larson is always terrific, and is quickly budding into the next big superstar in Hollywood. 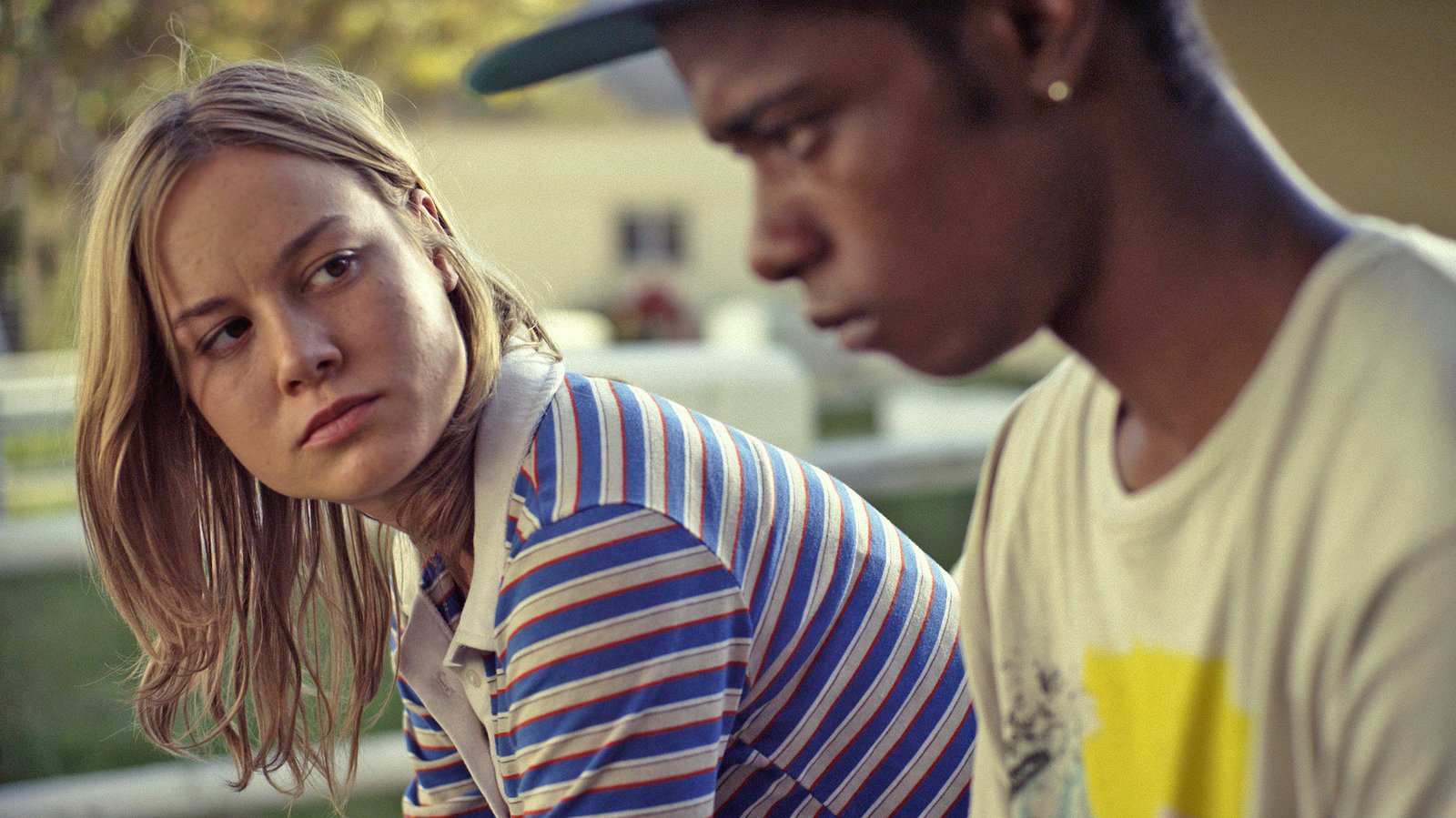 Playing a counselor at an at-risk youth center, Larson is heartbreaking and altogether enthralling in the film. It’s a tender, sweet and emotional piece of work. Director Destin Cretton lets the movie breathe and allows the cast to do their thing. The characters have a lived-in quality to them as well. As a result, they all feel entirely authentic. Lakeith Stanfield, in particular, is fantastic as one of the kids in the center. It’s smartly written and directed with a great attention to detail by Cretton. 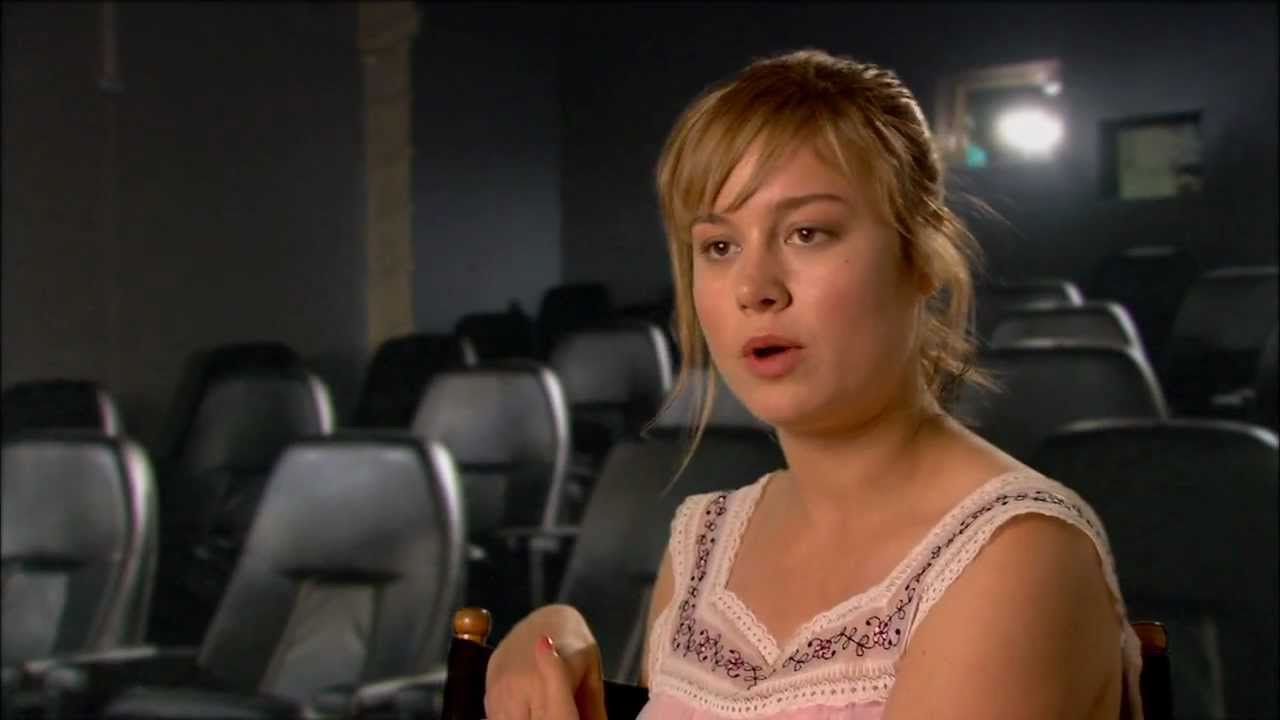 Larson plays a student who has an attraction to Jonah Hill’s character despite already being involved with Dave Franco in this riotous comedy. The movie delivers big laughs from start to finish. It is bolstered by two charismatic performances from Hill and Channing Tatum. Fully embracing its inherently silly premise. Larson proves here she can adapt to any role. A soft and subtle performance in this movie, Larson stands out among all the chaos of the film. Instantly quotable, 21 Jump Street was a major surprise in 2011, and one of the better comedies of recent memory. 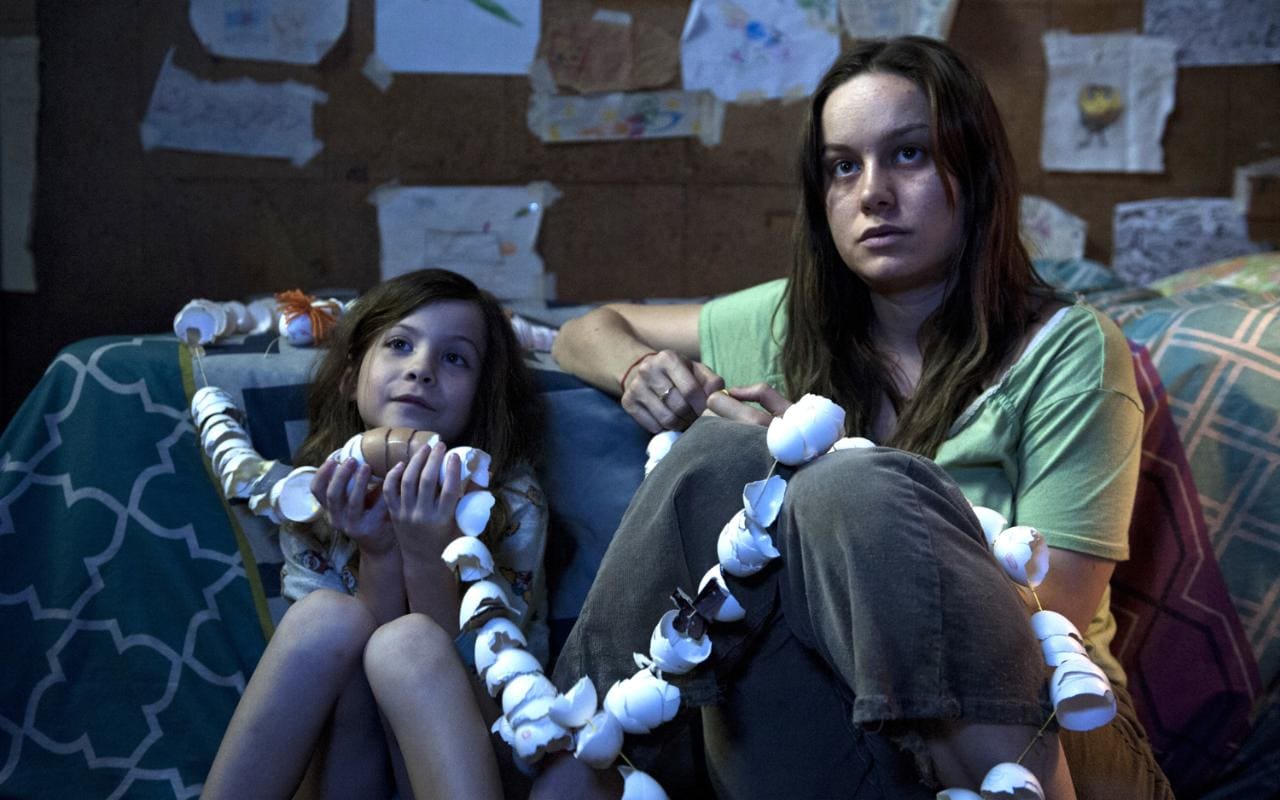 The one that won Larson her Oscar, Room is a breathtaking film with excellent work from the cast. Larson gives her everything to this role as a mom trapped in a kidnapping situation with her son. The movie is a harrowing look at their life after getting out of the situation. Larson’s performance is the standout, but youngster Jacob Tremblay is astounding and Joan Allen is a revelation as well. Smartly written and skillfully directed by Lenny Abrahamson, Room is a film that sticks with you long after it’s final scene.

Going back to comedy briefly, Larson had a small role as Amy Schumer’s sister in Trainwreck. One of the only stable presences in Schumer’s life in the film, Larson is once again great. The movie offers some very funny insight into modern dating and relationships. A hilarious turn from John Cena is one of the more memorable moments in the movie. Bill Hader also brings a surprising amount of heft to his role as Schumer’s love interest. To this day, Trainwreck is arguably Schumer’s best film thus far. It’s also another nice notch in the belt of Judd Apatow.

One of her first big franchise outings, Larson joined Tom Hiddleston and a pretty solid supporting cast for this film. Jordan Vogt-Roberts’ 70’s monster flick feels familiar but ultimately is a fun time. With its period soundtrack, Kong sets up its world pretty well and allows its monsters to take center stage when necessary instead of hiding them mostly off-screen. The action is just flat out fun and engaging. A nice supporting cast of Samuel L. Jackson, John C. Reilly, Corey Hawkins, and Jason Mitchell give the film some decent side characters.

Though critics may have found the film a little melodramatic, The Glass Castle is a worthy watch. Brie Larson is stellar once again and Woody Harellson turns some really solid work here as well. The real-life drama plays well into the movie and the story keeps the viewer engaged. With talent all around and some great acting, The Glass Castle can slip into melodrama territory at times, but the narrative more than redeems itself with emotionally impactful moments. The film shows the darker moments of its main character’s situation. A scattering of light moments in between reminding the viewer their life is fairly grim ground the cast.

Scott Pilgrim vs. The World

Despite the movie being a box office bomb, here’s a movie that has found an audience in home release. Moviegoers goers weren’t sure what it was at the time, but Scott Pilgrim has now gained cult-status of sorts. The Edgar Wright film starred Larson of course, but also Michael Cera as the title character. Chris Evans, Anna Kendrick, Aubrey Plaza, and Mary Elizabeth Winstead also show up int he surprisingly star-studded cast. The movie features some eye popping visuals, incredible fight sequences, and fresh story telling to boot. The movies sharp humor and solid performances boost the film above traditional fare. Larson’s role is small but we sure got a glimpse of the talent she had. 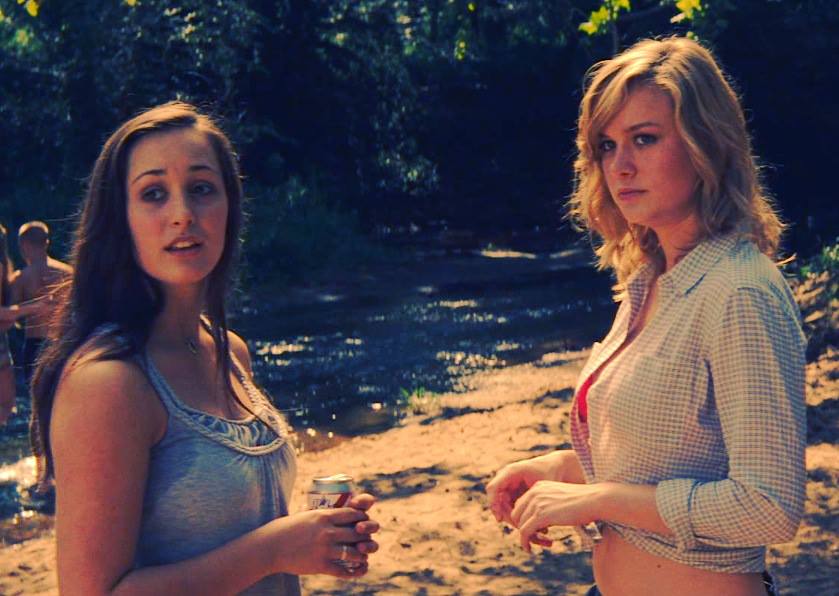 In a movie about teen alcoholism, one could expect any various amounts of heavy-handedness. However, the subject is treated with grace and subtlety in this film. Larson plays a high schooler here and the movie centers on her breakup with a hard partying life-of-the-party type. Miles Teller is great in this one as director James Pondsoldt skillfully directs this movie away from turning into a cliche. We’ve seen teenager social issues handled badly before and this movie is an exception. Larson had just a small role, but she drives the plot forward with her actions. Shailene Woodley is also great in the film. 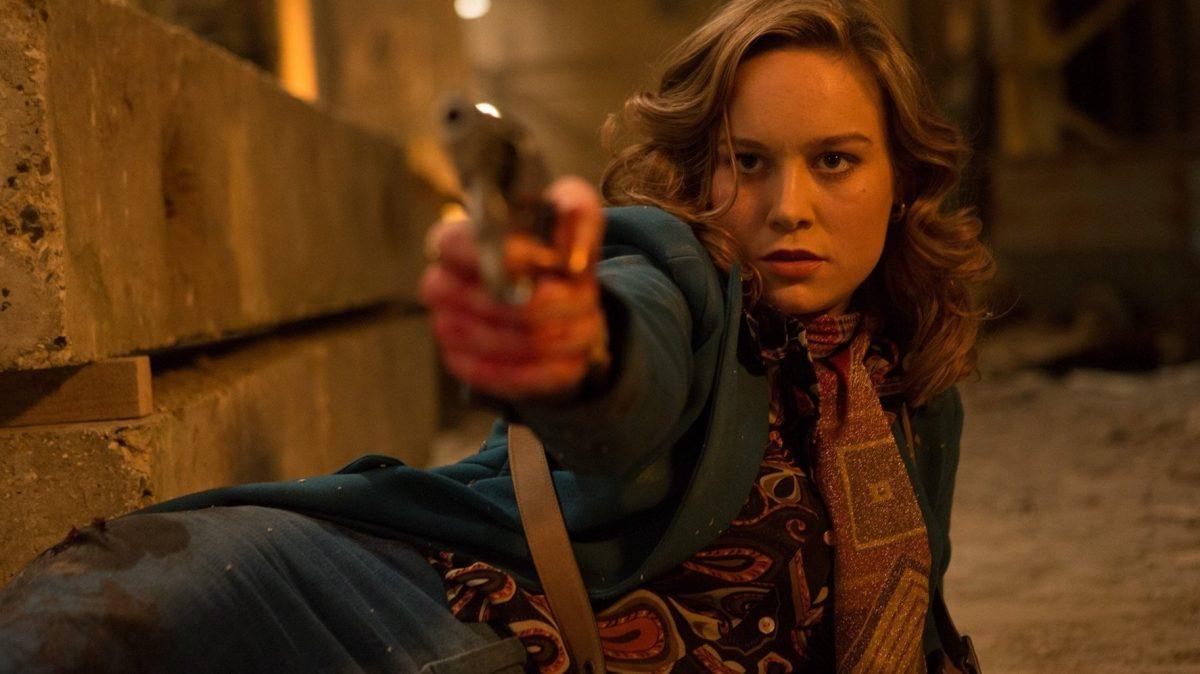 In this whacky and eccentric thriller, Larson wields a gun and takes part in a warehouse shootout. Part Resevoir Dogs, part Lock, Stock and Two Smoking Barrels, the movie is a fun and self-contained comedic thriller. It’s claustrophobic setting and well-written characters keep the narrative fresh. The movie is a violent but altogether fun shoot ‘em up film. The plot goes to familiar places but a strong cast more than holds all the pieces together to turn in an entertaining movie. So far it is one of bold director Ben Wheatley’s best. 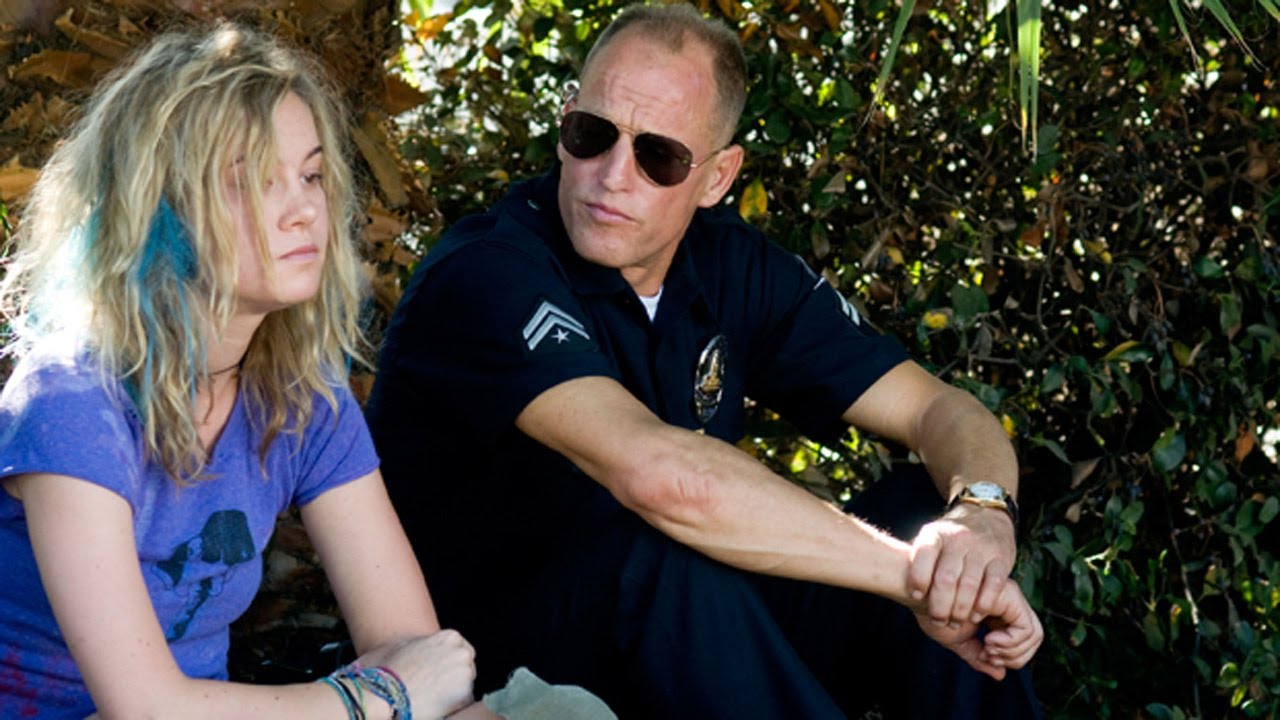 Oren Moverman‘s corrupt cop drama isn’t an easy watch sometimes. It tackles very heavy themes. However, in the movie Woody Harrelson is hard to ignore as an excessively corrupt cop in Los Angeles. His daughter, of course played by Brie Larson, has a memorable scene with the actor where she calls out his actions. It’s a rare moment of good morality in film desperately in search of one. Larson shines in this limited role and before really showing the world what she could in Room, proved she had to chops to hold the screen with anyone. This is an emotional film, and is filled with great performances, even when it treads familiar water.