While Steve Carell’s career will likely go down in history books for his performance as Michael Scott in the American version of The Office, the comedian showcased a variety of roles he majestically portrayed since making his film debut in 1991’s Curly Sue. Carell will soon return as Gru in the upcoming Minions: The Rise of Gru, the latest installment in the Despicable Me franchise.

Anchorman: The Legend of Ron Burgundy (2004) One year after starring in the box-office hit Bruce Almighty (2003), Carell repeated the success by joining the star-studded Anchorman: The Legend of Ron Burgundy. In Adam McKay’s directorial debut, Carell portrayed Brick Tamland, a weatherman with an IQ of 48. The cast also featured Will Ferrell, Christina Applegate, Paul Rudd, David Koechner, and Fred Willard. The film was highly praised by critics as one of the best comedies of the 2000s. Carell reprised the character in 2013’s equally successful sequel, Anchorman 2: The Legend Continues. 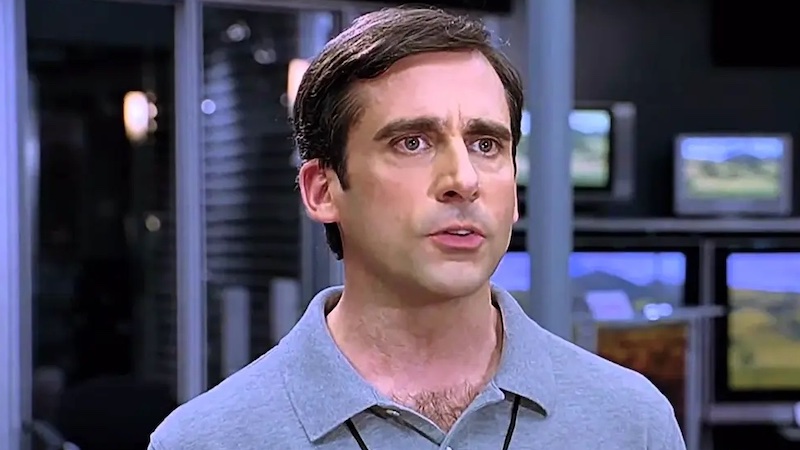 The first time Carell really proved he could be quite the leading character was in the movie he co-wrote with Judd Apatow, who also helmed the direction. Andy Stitzer (Carell) is a 40-year-old whose friends want to help to lose his virginity. The American comedian acted as a delusional and socially challenged character, which he would also bring to other roles. The film grossed over $170 million at the box office, overcoming its $20 million production budget considerably. The 40-Year-Old Virgin also starred Catherine Keener and Paul Rudd, among others. 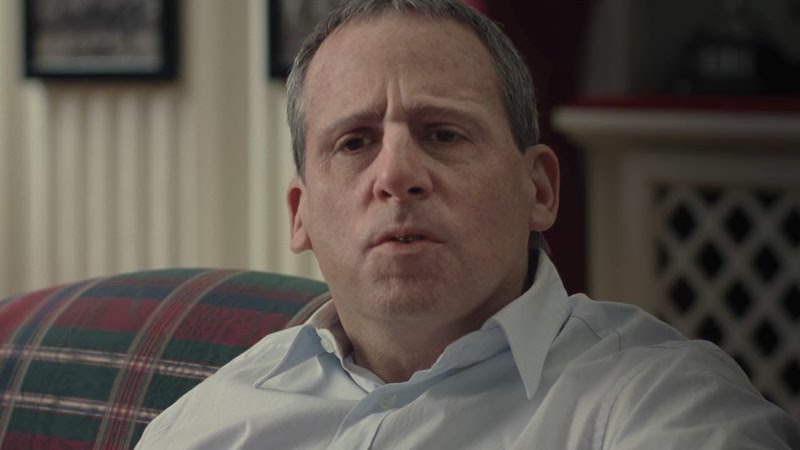 After many years in comedy, Carell switched to drama in the latest years of his career. One of the finest examples of his drama potential was shown in the movie directed by Bennett Miller and written by E. Max Frye and Dan Futterman. Eccentric millionaire John du Pont (Carell) turned his Foxcatcher Farm estate into a training facility for wrestlers, inviting 1984 U.S. Olympic gold medalist wrestlers Mark Schultz (Channing Tatum) and his older brother David (Mark Ruffalo) to join the team. Carell’s iconic performance was rewarded with his first Academy Award nomination for Best Actor. Although a box-office bomb, the movie was universally acclaimed by critics. Mark Baum (Carell) was one of the few people who predicted the 2007 housing market crash. Adam McKay’s highly-praised drama follows the real-life story of Baum and the other brilliant minds ahead of the United States housing bubble. The ensemble included Christian Bale, Ryan Gosling, and Brad Pitt. The movie piled up a bunch of Oscar nominations, including Best Picture and Best Director, but it only took home the one for Best Adapted Screenplay. In addition to the actors’ performances, the movie is remembered for the several cameos breaking the fourth wall to explain economic concepts.

54-year-old Dave Bautista is arguably living his best days in Hollywood. The former World Wrestling Entertainment champion has been appreciated…
Movies 4 days ago

Iconic Roles is a look at some of the best performances in film and television by actors and actresses. Hollywood’s…
Movies 1 month ago

Iconic Roles is a look at some of the best performances in film and television by actors and actresses. Dwayne…
Movies 4 months ago