Based on the official Doctor Strange in the Multiverse of Madness trailer that initially served as the post-credits scene for Spider-Man: No Way Home before later dropping online, it appears the speculation that this movie is shaping up to be No Way Home on steroids is true, meaning audiences can expect plenty of appearances from big-name characters who haven’t officially been “confirmed” for the film. The difference is that No Way Home was a Spider-Man event, keeping the focus on characters from within that sub-franchise. Other than Doctor Strange himself and a very brief appearance from Charlie Cox as Matt Murdock, all of the big inclusions were heroes and villains from past Spider-Man movies.

The cameos in the latest Spider-Man entry allowed the plot to stay centered on Peter Parker and his arc, ensuring No Way Home remained a true trilogy-ender for the web-slinger first and foremost. The result was a movie that had everyone talking about more than just the appearances from the multiple Spider-Men and all the villains; the film had massive implications for its main character’s future in the franchise, as well as Marvel’s onscreen multiverse as a whole.

This brings us back to Doctor Strange in the Multiverse of Madness, a film that looks like it wants to replicate No Way Home’s winning formula, but is going about it in a way that might end up taking things too far. The biggest concern is that the Doctor Strange franchise hasn’t had as much time to grow as the Spider-Man one did prior to No Way Home. Spidey had two solo movies under his belt before his big multiverse team-up compared to Strange’s one, which may not sound like a lot but that’s double the time Strange has had to grow on his own before a movie like this.

Not only that, but with the inclusion of Elizabeth Olsen’s Scarlet Witch as one of the film’s main characters, the Doctor Strange sequel is set to be the first of Phase 4’s “team-up” movies. These are films akin to Thor: Ragnarok (which Strange himself appeared in) or Captain America: Civil War, which had multiple lead characters rather than just the titular one. And once again, the previous two examples only came in the third installment of their respective title characters, not the second.

All of this means that Doctor Strange in the Multiverse of Madness is arguably going to have to balance Stephen Strange and Wanda Maximoff as essentially co-leads (both are supposedly going to have their respective arcs advanced considerably in this film), as well as the introduction of a bunch of new multiversal characters – something No Way Home could relatively cheat with since its crossover characters already appeared in other movies outside of the MCU. 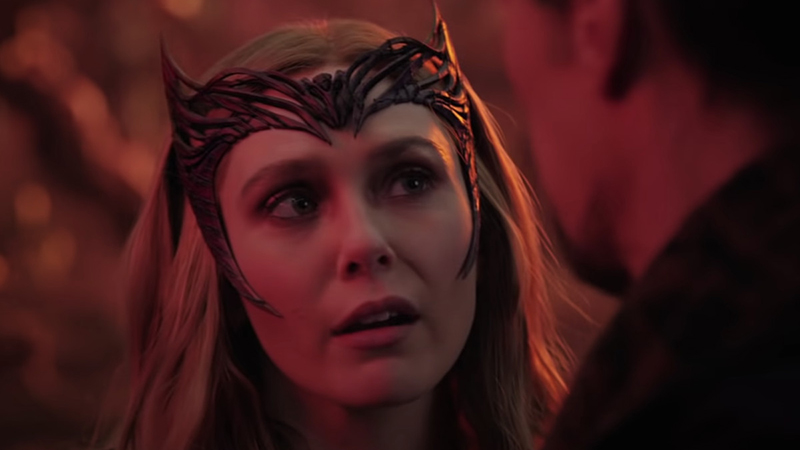 This is where the lack of focus on one group of characters could get messy for Multiverse of Madness. Even before the multiversal characters get into the mix, Doctor Strange has to “share” what is only his sophomore solo outing with another lead character. This is occurring in a movie that seems to have an anything goes mindset when it comes to additional appearances in terms of both new and “throwback” characters (we already heard the voice of Patrick Stewart, presumably back as a Variant of Professor X from Fox’s X-Men film franchise, which presumably means there are plenty more they haven’t revealed yet) and this movie might turn into a multiversal mess.

The thing with Multiverse of Madness is that it has been tasked with continuing a very emotional story about grief and mental health from WandaVision, and by nature of being a film instead of a series it already won’t have as much time to dedicate to such a sensitive topic. The other, even more important thing it needs to do is provide character development for its main lead that somehow won’t be overshadowed by this huge topic. (That joke from Benedict Cumberbatch about whether Strange would even have a character arc in this film comes to mind as a potential concern.) It’s a lot for one film to take on, and makes it a project that might not benefit from having every character and the kitchen sink thrown in for the spectacle of it all.

In addition to this, if rumors about the reshoots for Multiverse of Madness have truth to them, Marvel may have taken away the wrong lessons from No Way Home. Word is that they used the reshoots to add more multiverse cameos; there’s nothing inherently wrong with this, but it may indicate that the studio’s priority is a few crowd-pleasing scenes over a strong overall product. If they can do both — like with No Way Home — that would be great. But the temptation to give in to what viewers think they want may soon win out, especially after the fan outcry that has occurred when projects like WandaVision don’t satiate the wild demands for special appearances and cameos.

The problem with the modern MCU audience is that it is essentially spoiled in a way it wasn’t when the likes of Captain America: Civil War — a movie that did a wonderful job of balancing its many characters and putting the core story first — came out. Even with more than half a dozen projects coming out of Marvel Studios each year nowadays, people want all of them to be “extra special,” and now that the X-Men, Fantastic Four, and Defenders are all back under the same roof, they want to see them now. The appetite for the slow burn of the first three Phases has changed into an insatiable demand to see every character on screen together ASAP.

But, of course, chasing a high like that always results in a crash eventually, and if the MCU caters to all these demands, its downfall might come sooner than they’d hoped. Marvel is well aware all these cameos are a big part of what keeps up the buzz surrounding the Marvel Cinematic Universe these days, and it’s going to try to deliver. Let’s just hope they also keep in mind that good stories are what will ultimately keep people coming back for more and that this mindset is what is truly driving Doctor Strange in the Multiverse of Madness.

Speaking to Marvel ahead of Titan Books’ release of the Spider-Man No Way Home: The Official Movie Special Book, Andrew Garfield reflected on…
Movies 33 mins ago

The Ant-Man and the Wasp Quantumania runtime has been revealed for the next movie in the Marvel Cinematic Universe. According…
Movies 3 weeks ago

Best of 2022: How the Internet Impacted Moviegoing

Best of 2022 is ComingSoon’s weeklong celebration of the entertainment that made this past year so memorable. People who are chronically online…
Movies 4 weeks ago