15 Non-MCU Marvel Actors Who Appeared in the MCU

The Marvel Cinematic Universe is filled to the brim with top tier talent. With actors like Robert Downey Jr., Chris Evans and Mark Ruffalo sprinkled throughout 23 films, it can be easy to lose track of all the other names and faces. It’s even easier to forget that some actors who have appeared in the MCU have also appeared in non-MCU Marvel movies. Before the creation of what is now the paradigm of shared universes, superhero films were still a viable vehicle for actors looking to boost their careers (or just make a solid dollar). Surely you remember Michael B. Jordan and Chris Evans both playing the Human Torch in their respective Fantastic Four movies? However, there are plenty of other familiar faces that have appeared in Marvel movies before the MCU.

We’ve compiled a list of 15 Non-MCU Marvel Actors Who Appeared in the MCU. Check out our list below!

RELATED: POLL: What Pre-MCU Heroes Should Be in the MCU Multiverse? 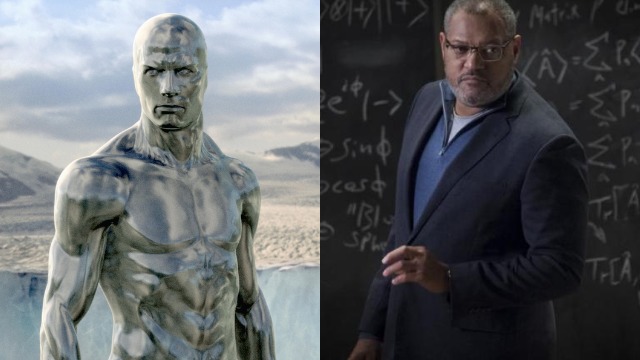 Laurence Fishburne is quite the relationship with this genre. In addition to playing Perry White in the DC film universe, he voiced the Silver Surfer in 2007’s Fantastic Four: Rise of the Silver Surfer. After that, he made a surprising appearance in the MCU as Bill Foster in Ant-Man and the Wasp. 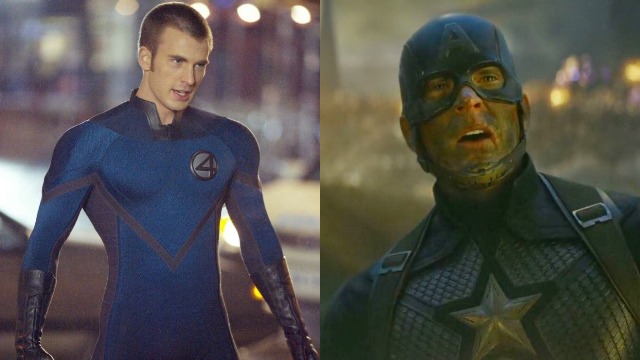 Now that Phase Four has come to a close and he’s taken his epic bow, It’s almost impossible not to think of Chris Evans as Captain America. Playing the character across nine films (including cameos and after/mid-credit scenes), has become Stever Rogers in our minds. That’s saying a lot; especially since he played Johhny Storm AKA the Human Torch in 2005’s Fantastic Four and 2007’s Fantastic Four: Rise of the Silver Surface. He was a main Marvel character before he became a central MCU character. Luckily for Evans, Cap is clearly the more popular of the two (you don’t want to be remembered as Johnny Storm in the face of the former). 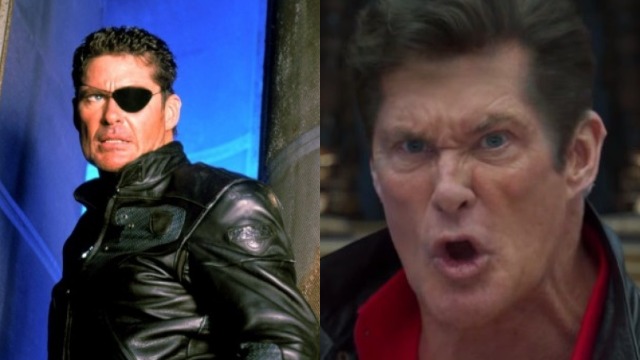 It’s hard to picture anyone other than Samuel L. Jackson playing Nick Fury. That probably because David Hasselhoff’s outing as the character in 1998’s Nick Fury: Agent of S.H.I.E.L.D. was abysmal at best. In addition to that Marvel-esque appearance, Hasselhoff cameo-ed in the MCU’s Guardians of the Galaxy Vol. 2 when Star-Lord’s shape-shifting celestial of a father briefly transforms into his son’s childhood idol. 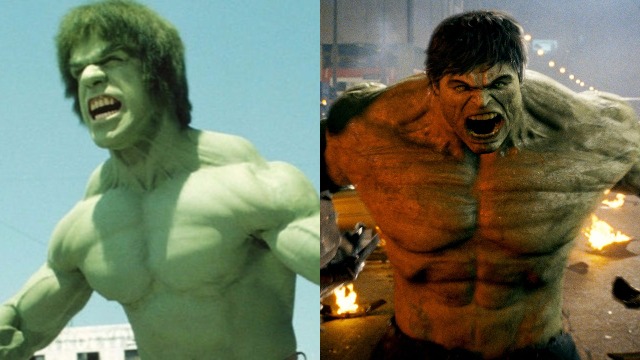 Aside from being a former professional bodybuilder, Lou Ferrigno made name for himself by playing the title character in the late 70s/80s television series The Incredible Hulk. In addition to having the appropriate physique, Ferrigno’s voice became synonymous with the Hulk. He went on to voice Banner’s alter-ego in the early Hulk movie (starring Eric Bana) and the MCU movies, The Incredible Hulk, The Avengers, and Avengers: Age of Ultron. It would seem that, for whatever reason, the MCU has steered away from using Ferrigno’s voice. Instead, opting for an auto-tuned version of Mark Ruffalo’s voice (to make Hulk’s conversations easier on the ears). 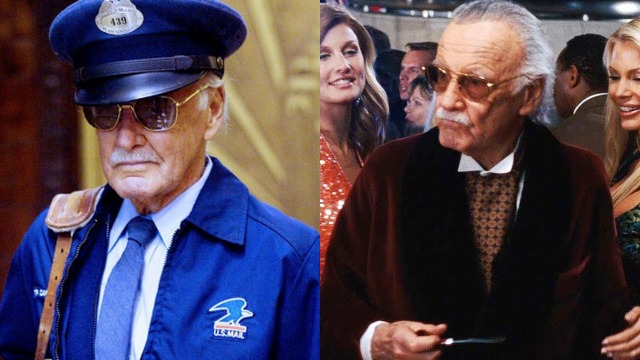 Stan Lee is the comic book writer, editor, publisher, and producer who became the primary creative leader of Marvel Comics’ for two decades. Under his direction, Marvel Comics’ dominated the comics industry. From Spider-Man to Captain America, the creation of almost all of our favorite characters can be accredited to Lee in some way. This is why he has cameo-ed in basically every Marvel-related project (animated or otherwise), from X-Men in 2000 to Avengers: Endgame. 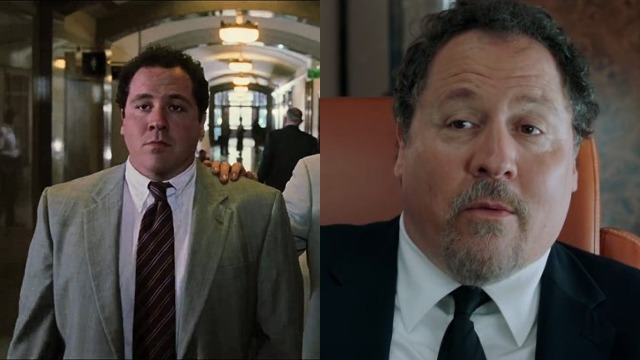 Jon Favreau is often looked at as a founding father of the MCU; had he not done such a good job with 2008’s Iron Man, who knows if the universe ever would have taken off. Probably not. In addition to working as a director and producer behind the scenes, Favreau plays Happy Hogan in the MCU (Iron Man 1-3, Spider-Man: Homecoming, Spider-Man: Far From Home, Avengers Endgame). Before all the MCU magic, Favreau appeared as another sidekick, Foggy Nelson (of sorts) alongside Ben Affleck’s Matt Murdock in 2003’s Daredevil. 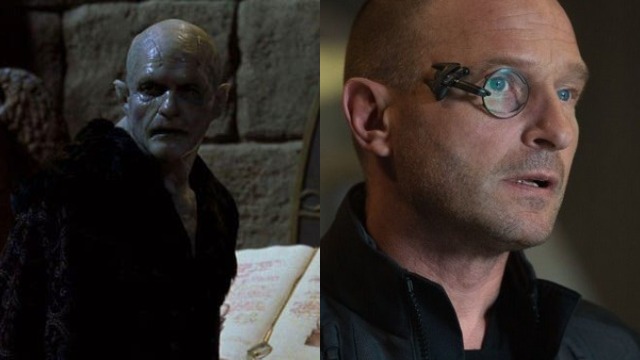 Thomas Kretschmann briefly appeared in the MCU as Baron Von Strucker. Von Strucker is an-ex Nazi and leader of Hydra seen Avengers: Age of Ultron and Captain America: The Winter Soldier. Kretschmann also starred in 2002’s Blade II as the secondary antagonist Damaskinos. Unfortunately for Kretschmann, he died in both of his Marvel outings. 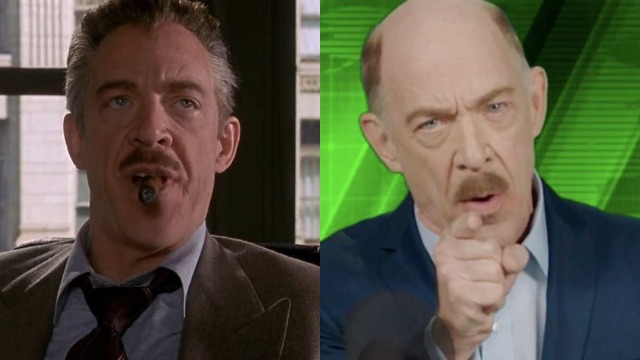 J.K. Simmons played Spidey’s media foe, publisher/editor-in-chief of the Daily Bugle J. Jonah Jameson in Sam Raimi’s Spider-Man trilogy. He was the one constant thing in those movies; even those who don’t like Spider-Man 3 still agree Simmons was great as the character. Simmons is so inimitable as the character, that they brought him back as Jameson in Spider-Man: Far From Home (a completely different continuum). Expect to see more of Simmons in the “Sony Pictures Universe of Marvel Characters (which should be called Spider-Verse)/MCU moving forward. 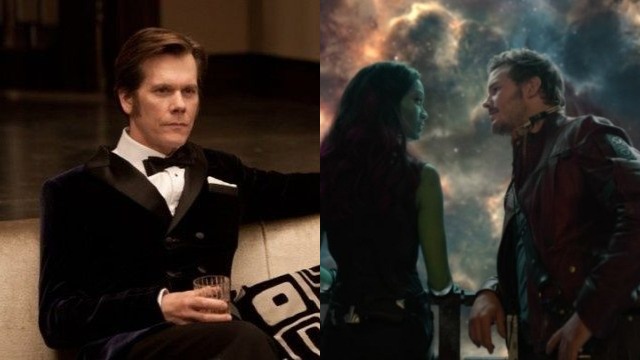 Kevin Bacon is pretty much in everything (or was at least in a movie with someone who was in a film with someone else). Even when he’s not in something, he’s in it. Bacon starred in X-Men: First Class as the primary antagonist, Sebastian Shaw capable of absorbing any form of energy. In the MCU’s Guardians of the Galaxy, Star-Lord reference’s Bacon’s iconic film Footloose to convince Gamora to dance. He is then referenced later in the movie as a gag (as well as in Avengers: Infinity War). 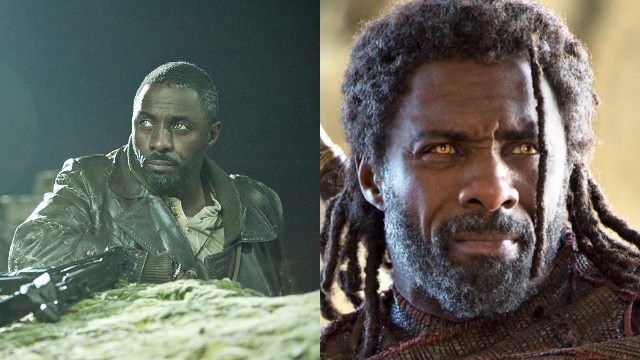 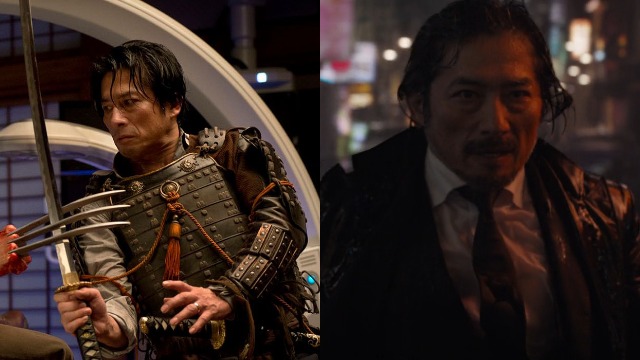 Hiroyuki Sanada is most famous in Asia for his role as the ‘Immortal’ in Kirito No Séngyo. His first major Hollywood appearance was in 2003’s The Last Samurai. Since then, he has appeared here and there in a Kevin Bacon sort of way. He played with Fox’s X-Men universe by portraying Shingen Yashida in The Wolverine and then showed up in the MCU as Akihiko in Avengers: Endgame. 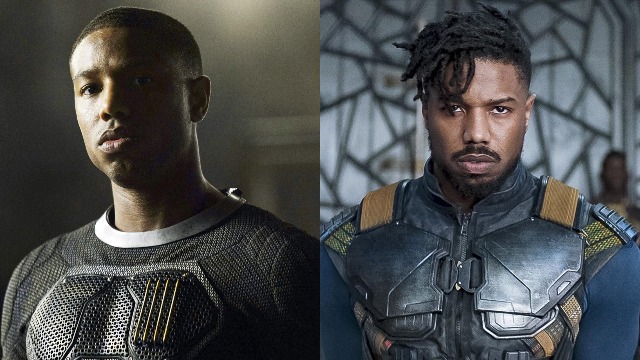 Right as he was rising through the Hollywood ranks (right before Creed), Michael B. Jordan starred as Johnny Storm AKA the Human Torch in 2015’s failed Fantastic Four reboot. Taking a page out of Chris Evans’ book, Michael B. Jordan went on to portray one of the MCU’s best villains, Erik Killmonger in Black Panther. 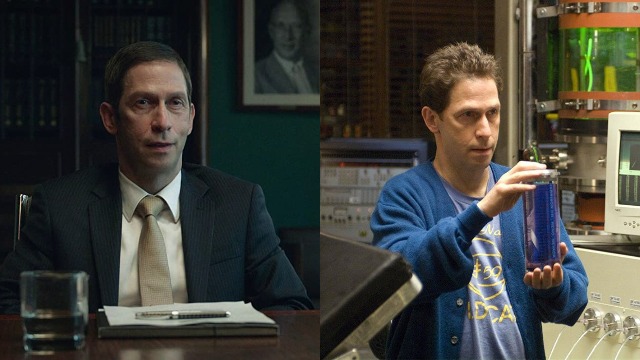 Tim Blake Nelson is that guy who shows up in everything and whose name you don’t know. He played Harvey Allen in 2015’s Fantastic Four and also Samuel Sterns in the MCU’s The Incredible Hulk. In the comics, Samuel Sterns AKA Leader is a hyper-intelligent supervillain (who is exposed to gamma radiation in The Incredible Hulk). Marvel producers had ideas to bring Nelson back as the character in a Hulk sequel; however given the Hulk redirection (Norton-Ruffalo), who knows if that will ever happen. 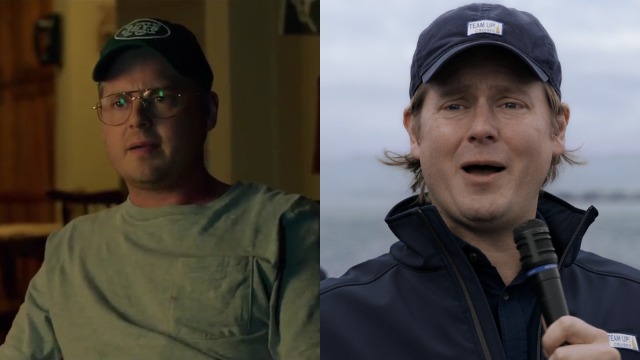 Comedian Tim Heidecker has made a couple of small appearances in Marvel films. He played Reed Richards dad in 2015’s Fantastic Four and Daniel Gooobler in Ant-Man and the Wasp (the whale-sighting boat captain). 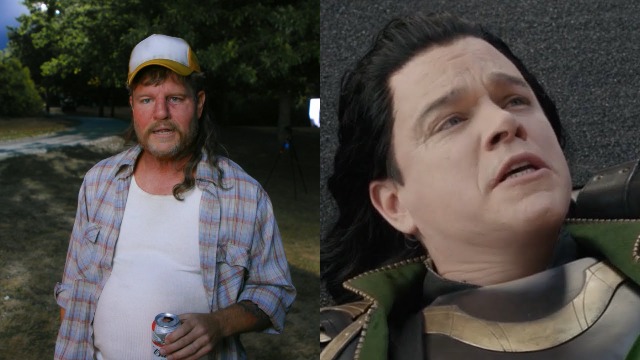 For some reason, Matt Damon has made a habit of making hilarious and unexpected cameos in big-budget films (maybe this began with Interstellar). In the MCU’s Thor: Ragnarok he played an actor who portrays Loki in a melodramatic recreation of the events of Thor: The Dark World. In Fox’s Deadpool 2, you may not have noticed an unrecognizable Damon playing one of the hillbillies (excuse the term) that confronts Cable when he first arrives from the future.

Which of the above is your favorite? Let us know in the comments below!

Elizabeth Banks is set to premiere her third directed project in 2023’s Cocaine Bear, but prior to that, she attempted…
Movies 12 hours ago

Brendan Fraser was set to star in the since-canceled Batgirl film in which he played the villain, Firefly. In an…
Movies 12 hours ago

Despite rumors saying that the Constantine sequel had been canceled, Warner Bros. Discovery confirmed to Entertainment Weekly that the project…
Movies 15 hours ago

What's your favorite phase of the MCU?
Movies 2 months ago

She-Hulk Explained: Who Are The Abomination’s Gang Members?

She-Hulk Episode 7 introduced The Abomination’s gang, a series of unlikely characters looking for their identity. Much to Marvel fans’ despair, “The…
TV 4 months ago

Benedict Wong has become one of the most-featured actors in the Marvel Cinematic Universe, with his character Wong appearing in…
TV 5 months ago