The next version of the cinematic law enforcement all-stars in our series involves the Federal Bureau of Investigation. The FBI is quite different from any kind of local police department jurisdiction. The NYPD and LAPD are some of the largest law enforcement agencies in the country.  However, their purview does extend outside of their cities. The FBI concerns major crimes across multiple states. Also, some international crime falls under their umbrella. Whenever there are serial killers, drug smugglers, organized crime, or terrorism, FBI agents are the ones that spearhead the investigation. There are dozens, maybe hundreds of examples throughout film history, but here are the top five all-time best FBI agents. 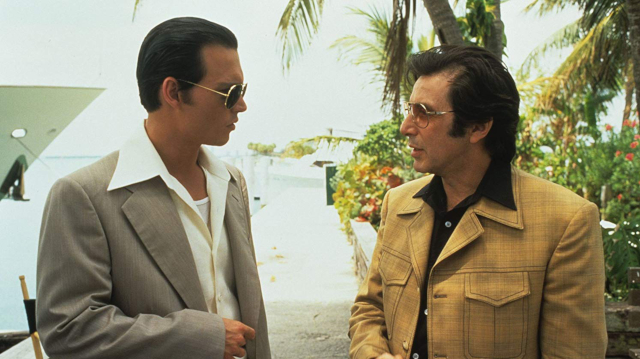 Donnie Brasco is a true story about how FBI agent Joseph D. Pistone infiltrated the Mafia. Johnny Depp plays Pistone, and his alias is a jewel thief named Donnie Brasco. His hook into the Mafia is an aging hitman named Lefty Ruggerio (Al Pacino), who takes Brasco under his wing. Mike Newell’s film unwinds much the way you would expect, but Depp’s and Pacino’s performances and camaraderie make the film very special. The purpose of the film is to show the blurred line between an FBI agent and criminal. Living the mafioso life is seductive, and seeing how Pistone has a hard time staying on the right side of the law is pretty poignant.  A scene where Joseph and his wife Maggie finally escalates into violence after a series of fights is particularly important to this theme. I am not becoming like them, Maggie! I am them! Here is a bit of an off-the-wall choice, but Face/Off is one of the most off-the-wall movies of all time. Only the insane minds of John Travolta, Nicholas Cage, and Director John Woo could have pulled off something so ridiculous. The FBI agent here is Agent Sean Archer. He begins as John Travolta, and he is trying to get vengeance on Castor Troy, a terrorist who killed his son years earlier. Since Troy is now in a coma, the most obvious course of action is to experimentally transplant his face onto Archer’s. With Troy’s look, Archer can discover the location of a bomb from Troy’s syndicate. And, of course, Troy wakes up and gets Archer’s face on his. It is such an insane premise but the movie is far too fun to really care. To watch both Travolta and Cage play each other as two different extremes is outstanding.  They both play the hurting, serious FBI agent Archer and they both get to play the goofball, Troy. Agent Archer’s abilities as an FBI agent is not what gets him on this list. It is his audacity.

Agent Carl Hanratty from Catch Me if You Can (2002) 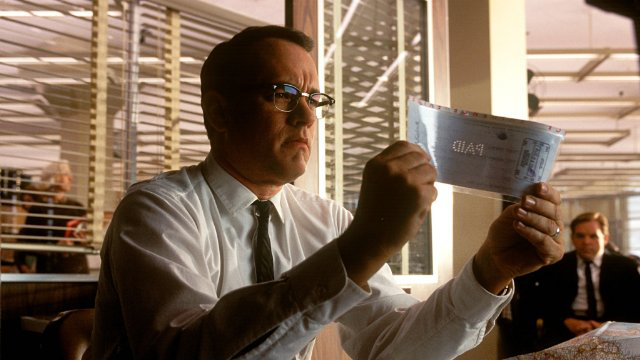 The Story of Frank Abagnale, Jr. is absolutely unbelievable. Before his 19th birthday, Abagnale (Leonardo DiCaprio) scammed PanAm out of millions of dollars through check fraud. Also, he moonlighted as a pilot, a doctor, and a lawyer. In Steven Spielberg’s 2002 film Catch Me if You Can, FBI agent Carl Hanratty (Tom Hanks) is the bank fraud agent hot in his heels. Well, that may be putting it too generously. Hanratty is a bit out of his depth in the field pursuing Abagnale. This is perfectly exhibited when Hanratty finds Abagnale in a motel room. Abagnale immediately convinces Hanratty that he is Agent Barry Allen (real name of The Flash) of the Secret Service in the same case. It is a brilliant scene. However, one of the best parts of the Abagnale/Hanratty relationship is that it evolves from cat & mouse to paternal mentor/protege in the most honest and natural of ways. 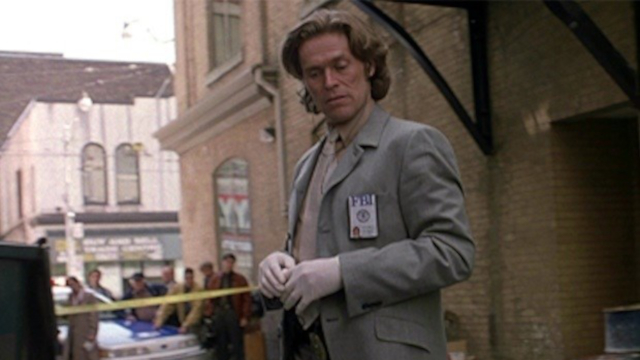 One of the most off-the-wall, entertaining FBI agents in history has got to be Willem DaFoe’s Paul Smecker in The Boondock Saints. Smecker is some kind of mad genius, able to block and stage a crime scene with the efficiency of an idiot savant. When we first meet the agent, he is at the crime scene where the Connor and Murphy MacManus have defended themselves against Russian mobsters. Through a few passing glances, Smecker can tell what happened, when it happened, and the angles, directions, and motivations all played out in his head. If director Troy Duffy didn’t have a sort of brilliance with this film, these scenes would have been far too silly and incredulous. However, as it is, through DaFoe’s awesome performance, it is a hoot. As the MacManus brothers traipse through Boston clearing it of evil men, Agent Smecker is right on their heels. He is always there to paint the picture of the mayhem, but it is a lot of fun to see him begin to sympathize with the brothers’ mission.

Agent Clarice Starling from The Silence of the Lambs (1991) 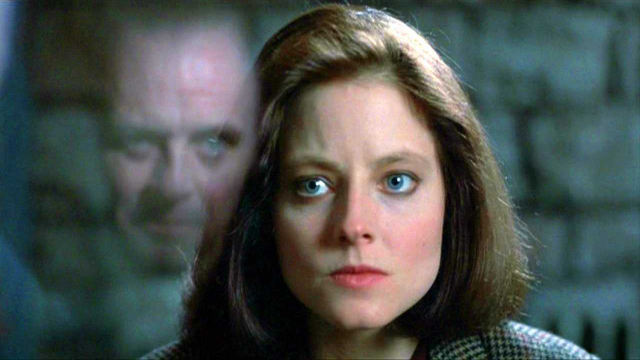 Is there a more famous FBI agent in all of cinema than Jodie Foster’s Clarice Starling? The protagonist of Jonathan Demme’s brilliant The Silence of the Lambs, Clarice is an FBI cadet that is allowed to interview the infamous Hannibal Lecter. Agent Starling’s boss thinks that, as a woman, Lecter may open up and offer up some insight into the mind of the serial killer. Such information may help the FBI track down Buffalo Bill. Most of the brilliance of Demme’s Oscar-winning film is, of COURSE, the terrifying interactions between Lecter and Starling. However, the patriarchy of the FBI and how the petite Starling navigates through it is a powerful theme throughout the film. At first glance, Clarice Starling may look fragile and weak.  We are also exposed to some of her inner demons through the pop-psych analysis Lecter gives her. However, Jodie Foster portrays her as a fully capable Agent. She is smart enough to deal with Lecter, figure out Buffalo Bill’s motives, deal with grotesque autopsies, and face down pure evil in person.

Tim Burton’s 1989 Batman movie is a classic in the world of comic book films. Now DC has shared a…
Movies 11 hours ago

Tim Burton’s 1989 Batman movie is a classic in the world of comic book films. Now DC has shared a…
Movies 11 hours ago

New Clarice Teasers: The Silence is Over in New CBS Series

Clarice: Watch the New Trailer for Silence of the Lambs Sequel Series