Coming to fame as Michael Scott in the U.S. television version of The Office, Steve Carell’s career has taken him to all corners of the movie world. From biopics to family dramas, Carell has portrayed some very interesting characters and been a part of some fantastic movies. Though his filmography skews towards comedies, The 40-Year-Old Virgin star recent foray into drama has been a welcome change of pace for him. He has proven his versatility and many of roles have felt diverse over the last few years. He has earned an Oscar nomination and could be up for another this year. Most recently, he can be seen in Beautiful Boy, but will also star in Robert Zemeckis’s Welcome to Marwen and will play Donald Rumsfeld in Vice this December. Until then, lets take a look into his best roles thus far.

Playing the title character, Carell is charming, funny and convincing in his role in this Judd Apatow comedy. One of the best comedies of the 2000’s, The 40-Year-Old Virgin sees Carell with some of his funniest dialogue and most memorable moments on screen. Who can forget his chest waxing scene? Above all that, he has tremendous chemistry with Catherine Keener as well as the rest of the cast. His friend group in the film, played by Paul Rudd, Seth Rogen and Romany Malco, is a group of guys that are entirely relatable. Carell brings a surprising amount of sensitivity and heart.

As the diabolical villain Gru, Carell lends his voice perfectly to the conflicted character in the Despicable Me franchise. Carell’s comedic timing, witty sarcasm, and over-the-top accent make for a charming and fun viewing experience. He has reprised the role three times and each time, he lends a new angle to his work with this character. Gru has become an iconic character among all the modern animated characters. His interactions with his minions are also often very funny.

Trent, The Way, Way Back 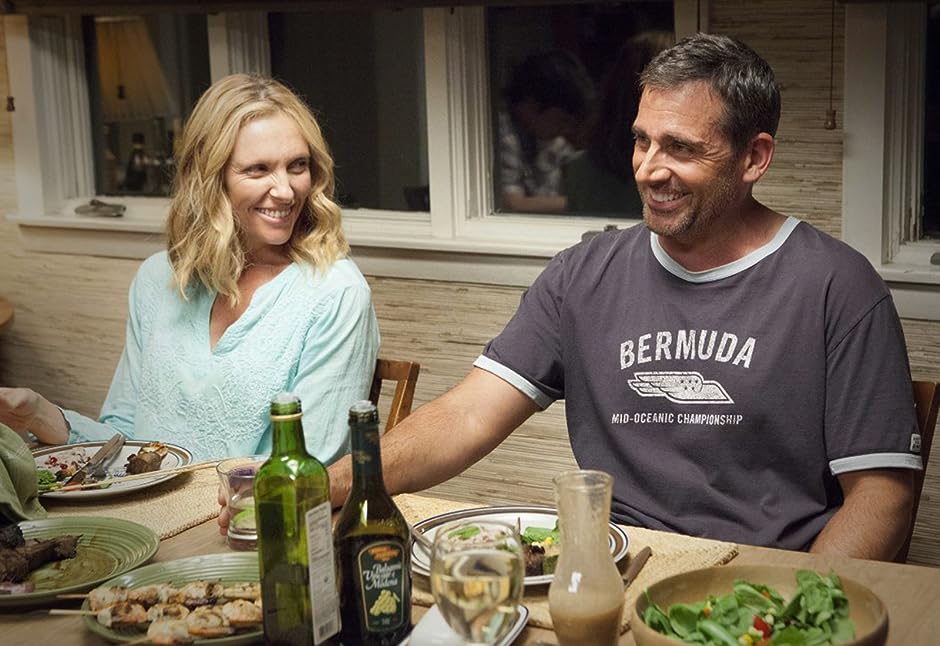 Though he isn’t the centerpiece of the film, Carell played against type in this 2013 coming of age film. An under-seen movie, The Way, Way Back finds Carell playing a mean and arrogant boyfriend to the main character of Duncan’s (Liam James) mother (Toni Collette) as he often talks down to him. Carell’s work in the films opening scene alone gives his character a tone that he plays well and never relents as the film goes on. His character traits are the perfect juxtaposition to the films sweet and heart-warming tone.

Once again playing against type, Carell is unsettling and often terrifying as millionaire John du Pont. Also starring a terrific Channing Tatum and the always great Mark Ruffalo. Carell earned an Oscar nomination for this role and it was well deserved. He consumes himself as the deeply troubled, patriotic and vain du Pont, who finances a training camp for Olympic wrestlers. His win at all costs mentality and mysterious personal are brought to life by Carell who’s lifeless eyes say everything that needs to be said. It is surprisingly thrilling and a terrific movie overall. Certainly, it’s one of Carell’s most unique roles. 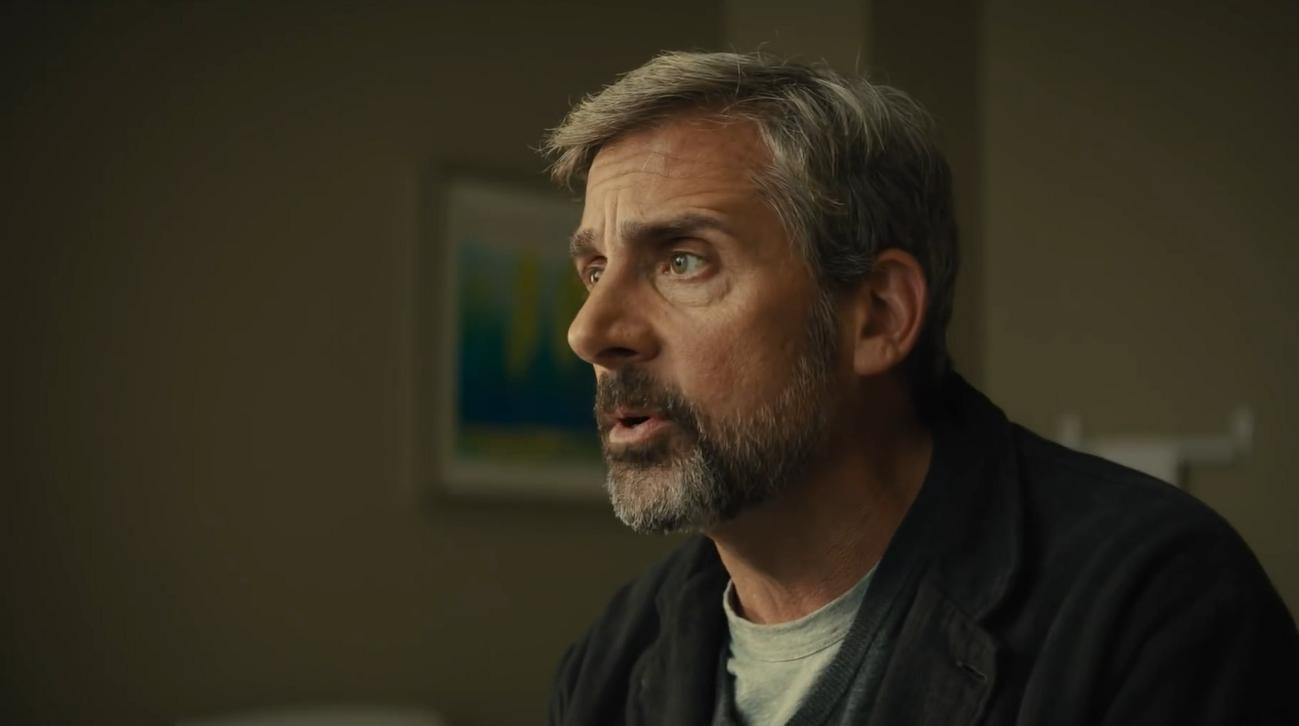 His most recent screen appearance is one of his most emotional to date. He brings a compelling and believable raw emotion to his role as grieving father. His son Nic (Timothee Chalamet) is addicted to drugs and frequently goes missing despite claiming he wants to get clean. Carell and Chalamet have a powerful dynamic and the former is tasked with essentially leading the first half of the movie, and he nails it. He is sometimes cold, sometimes loving, but we as viewers buy everything, and it really feels like he lets the audience into his life in a convincing way. Overall, the movie does lack some more overarching emotional impact, but Carell is fantastic, and it’s one of his most complex roles to date.

Not yet available on Amazon.

Carell gives a nuanced but affecting performance in Richard Linklater’s Last Flag Flying. Carell plays a former Navy Corpsman who finds out his son has died serving in Iraq. He finds his old war friends, Bryan Cranston, and Lawrence Fishburne, and asks them to accompany him as he buries his son. Carell gives a very muted, but impactful performance and Linklater writes this character so well. In fact, the movie feels very authentic, and the bond Larry has with his former comrades is truly authentic. Carell deftly balances Larry’s grief, his waining sense of patriotism and his desire to reform the bonds of friendship he’s lost along the way. 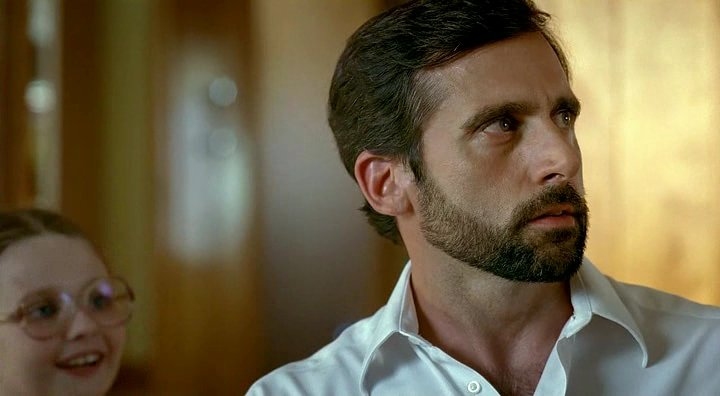 Carell gave early glimpses of his dramatic chops in this 2006 black comedy. Playing a suicidal, homosexual Proust scholar, Carell seems to feel he is a nuisance to his family. He joins the Hoover’s (Toni Collette and Greg Kinnear) VW bus trip to enter their daughter Olive (Abigail Breslin) into the Little Miss Sunshine pageant. However, during the course of the trip, he comes to find he has just as many issues as this dysfunctional family. Carell is really great playing against Paul Dano’s character and a whacky grandfather played by Alan Arkin. Carell brings a sensitive and meaningful presence to the movie.

Bobby Riggs, Battle of the Sexes

Carell reunited with Little Miss Sunshine directors Jonathon Dayton and Valerie Ferris to step into the shoes of tennis pro Bobby Riggs. Carell plays the role perfectly embodying the cocky showman that is Bobby Riggs. He is magnetic and injects a frenetic energy into his performance. Even throughout all the bravado and machismo, Carell also peels back the layers to show the sadness and fear of fading away into irrelevancy. Nonetheless, he has fantastic chemistry with Emma Stone and when the title battle happens, he is never better in the film.

As Cal Weaver in Crazy, Stupid, Love., Carell gives a melancholy but charming performance. As a dad who becomes single after his wife (Julianne Moore) cheats on him. He enlists the help, reluctantly, of ladies man Jacob (Ryan Gosling) to help get back out on the dating scene. Carell’s character is certainly a cliche, but his dialogue and the way he breathes believable life into Cal are what really sets this film apart from the standard crop of rom-com’s. Carell steers away again from his comedic personality to balance his zany style of humor and his legitimate dramatic abilities.

If you had never seen Anchorman before seeing Carell in any of the above films, you might be surprised to go back and watch these movies. As the outlandish weatherman Brick Tamland, Carell ultimately steals the show giving some of the movies most memorable quotes. He kills a guy with a trident, and he loves lamp, what else would you want from a goofy, early Steve Carell role. He is perfect, and the cast around him plays so well off of his eccentric comedy. Carell seems to improvise more than the rest, but nearly all of it works. Often, you can’t tell when he is or isn’t, and it works like a charm.