ComingSoon is excited to premiere the Room 203 trailer for Vertical Entertainment’s adaptation of Nanami Kamon’s Japanese horror novel. The film debuts on VOD services and in limited theaters on April 15. It stars Francesca Xuereb (The Sex Lives of College Girls), Viktoria Vinyarska (Highway To Havasu), and Eric Wiegand (Outsiders).

“After lifelong friends Kim and Izzy move into Room 203, a quirky apartment with a creepy medieval stained glass window, Kim slowly becomes convinced that their new home may be haunted,” says the official synopsis. “With help from her new boyfriend Ian, Kim investigates the tortured history of the apartment, discovering a string of disappearances of former residents, a murder mystery from half a century ago, and an ancient curse that threatens to possess Izzy and kill Kim.”

Check out the Room 203 trailer below:

“At the emotional core of this story, the characters are dealing with guilt and are trying to find redemption for past and present mistakes that fracture the foundations of friendship, family, and love,” says director Ben Jagger. “When I began making this movie, it was always my hope that the audience would be invested by the emotional drama of the story and that the horror would serve as amplification for the conflict that these characters are going through in their daily lives. I grew up on 70s and 80s horror movies and there was just something unsettling about the tone and aesthetic of the horror films from those eras. In my experience, every director on their independent project is faced with a plethora of challenges, which forces them to become a better filmmaker in the process. Working on Room 203 will always be special to me because of the people who banded together during an uncertain time where the world seemed stuck with no sense of direction, yet we made it happen from our shared love of making movies.” 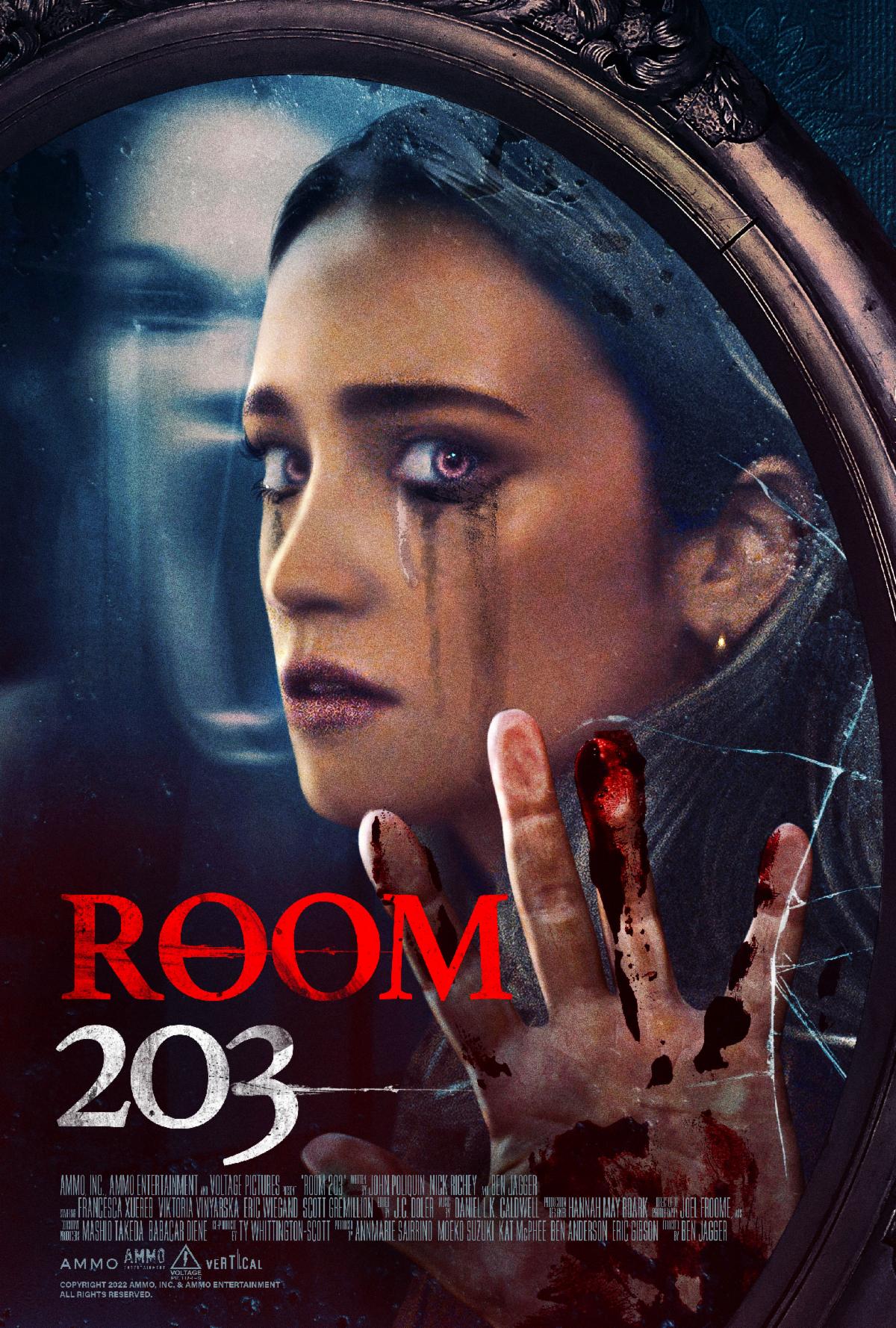 ComingSoon is debuting an exclusive Lacuna trailer for the Rodrigo Lages-directed horror movie. “Filmed in about two weeks, during the…
Movies 2 weeks ago

ComingSoon is debuting an exclusive Love Dump trailer for the upcoming rom-com parody movie from Jane Barbe Productions. The movie…
Movies 2 weeks ago

The Asylum has a timely horror film releasing this week and ComingSoon is excited to debut the trailer. Called Headless Horseman,…
Movies 4 months ago

ComingSoon is excited to debut an exclusive trailer for Hot Blooded: Once Upon a Time in Korea, the upcoming action movie…
Movies 4 months ago