Techland has been very vocal over its long commitment to Dying Light 2, promising five years of support for the open-world, zombie-infested parkour game. Free updates have backed up that initiative by adding a Photo Mode, more missions, and New Game Plus, but that approach is also going to be judged by its paid expansions, too. Bloody Ties is the first premium part of Dying Light 2’s long roadmap and while it does work in some replayability into its campaign, it also painfully highlights and focuses on the game’s biggest weaknesses.

Bloody Ties mostly centers on a lavish arena called Carnage Hall, which looks like a mix between the Colosseum and Federal Hall during Burning Man. The flashy outfits that border on S&M gear and looming lust for bloodshed clash with the decadent building it undoubtedly was before the outbreak, making for quite a memorable setting unlike anything else in the game. And being a gladiatorial stadium, players can partake in challenges that test their skills in a variety of ways.

RELATED: How Techland Is Planning the Next 5 Years of Dying Light 2

This setup naturally addresses the game’s limited replayability (which Techland has been slowly remedying with the aforementioned patches), as players can rank up, earn new gear, and unlock harder challenges. Even though they don’t have modifiers that would help make them even more replayable, there are a few types of objectives that mix combat and traversal and rise in difficulty with each tier. There’s even one event that’s a cheeky homage to the first game that has a purposely crappy set design that emulates Harran’s skyline. 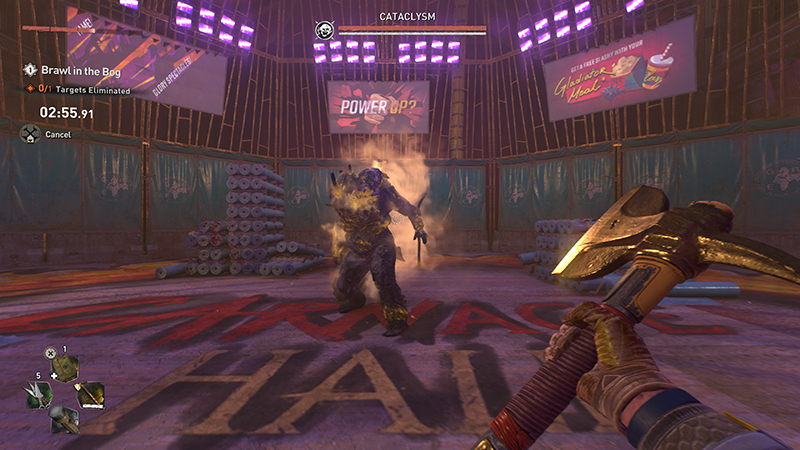 However, it all suffers from a widespread and near-terminal case of jank. Starting events isn’t as simple as walking up to Carnage Hall’s front desk, as the menu to enter events is, for some reason, at the back of the venue far away from the shops and front door. It’s also impossible to replay events at that spot and is confusingly handled in a different area through separate posters on the wall instead of a cohesive menu. Competing in multiple events in a row is also annoying since the game drops players into their private room after each match, forcing them to run back to either area to jump back into the fray.

Signing up for the games is such a tedious and poorly streamlined process, and it doesn’t get much better inside the arena. Combat was never Dying Light 2’s strong suit since its fundamentals were basic and riddled with the same awkwardness that permeated the entire experience. Dodging was unreliable, Aiden’s hurtbox was deceptively enormous, parrying and dodging were hardly rewarding, and it was too easy to get juggled around and locked into stun animations. These problems haven’t been remedied in its many patches, so throwing players into brawls that revolve all around fighting only puts its worst qualities on center stage in front of a live and bloodthirsty audience. 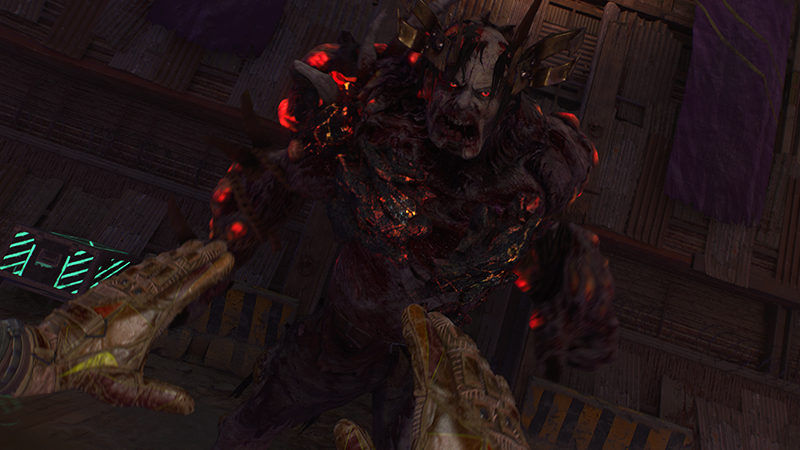 Slashing and bashing through hordes with a restrictive, predetermined arsenal is a slog because of its lack of polish, but that also carries over to its parkour. Chaining together long wall runs and precarious hops is still possible and thrilling when it all works, yet that’s not always the case, partially because Bloody Ties doesn’t take place in an open world that lets players stretch their legs. On top of a limited and overall terrible grappling hook that still rarely behaves predictably and a cumbersome paraglider, running around in Dying Light 2 usually suffers from weird oddities that throw off the all-important flow.

These bizarre anomalies are almost impossible to quantify since they’re so fleeting and inconsistent. Sometimes Aiden will not grab a ledge, while other times he’ll slip right off, get caught on some geometry, or somehow launch into the air after colliding with an enemy; it’s random what type of unintended aberration will pop up. It was only barely tolerable in the main game and has only worsened over time and this DLC’s competitive, score-heavy environment that makes these mistakes more of a liability. 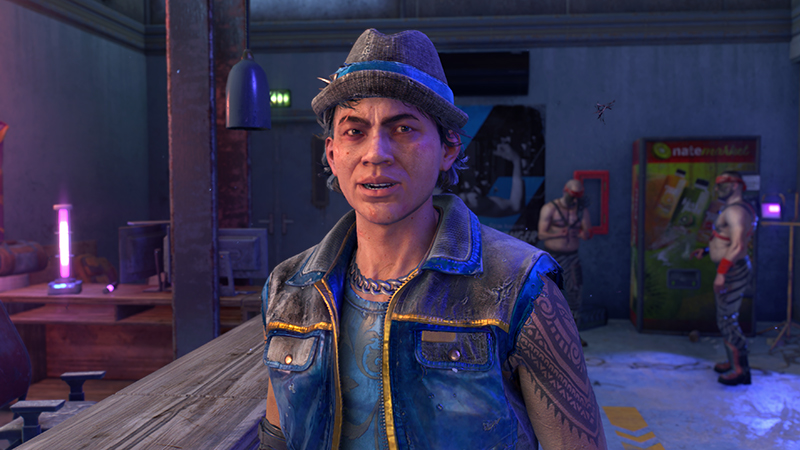 Bloody Ties ties its blood sports into its narrative, which is also unsurprisingly and laughably lousy. It all centers on a dullard named Ciro, whose defining trait is that he wears a fedora. The tragic backstory sewn into that cursed hat is almost perfectly symbolic of Dying Light 2’s inability to have interesting characters since it tries so hard to add depth to something that’s thin and corny at its very core. Long, poorly written dialogue sequences, a lifeless protagonist, and a story that constantly stops the player and kills the game’s momentum have all been carried over from the base experience, as well. Its ending, however, is terrible in a slightly different way, as it still wraps up poorly with too much-unearned drama, but is somehow more rushed and abrupt.

Bloody Ties calls into question whether or not Dying Light 2 can withstand five years of content. This expansion’s intentions of providing more repeatable challenges only seemed to show how the game’s mechanics aren’t currently smooth enough to support such replayability. The grime that’s so deeply ingrained in nearly every corner of its mechanics becomes almost untenable after a certain amount of time, especially when the arena’s spotlight is shining so brightly on those failings.

After listening to James Gunn’s plans for the DC Universe, I can only thank the superhero gods. This comic book…
Movies 4 hours ago

Dying Light 2 is nearly at its first anniversary, and Techland is celebrating by revealing what 2023 has in store…
Games 1 day ago

Preserving culture is invaluable to humanity, as traditions can remind us of our past in ways that can inform our…
Games 6 days ago

PlayStation VR2’s launch lineup has slowly been growing over the last few months. Sony has now gone even further and…
Games 2 weeks ago