Gotham Knights was birthed from a great concept. Teaming up with friends to fight crime as Nightwing, Batgirl, Red Hood, or Robin sounds like a blast, and the fact that lawlessness has taken over Gotham City since Batman’s untimely demise is a perfect way to set it up. However, a premise is just a starting point and it takes character development, remarkable boss battles against villains, and satisfying cooperative gameplay to craft an exceptional superhero action game. However, WB Games Montréal doesn’t quite nail any of these elements and makes Gotham Knights feel like a shell of what could have been.

This latest DC game starts with one of its few memorable sequences: an extended cutscene showing Batman’s final duel with Ra’s al Ghul. The lengthy cinematic is filled with well-choreographed fights, a charismatic Batman knowing that he’s willing to die to protect Gotham, and an evil villain to root against. It’s a great start to a game that ultimately has trouble replicating any of that in the dozen-or-so hours that follow since most of the levels are forgettable and the game largely fumbles its depiction of the Court of Owls. The four main heroes are also quite shallow even if the game has plenty of optional cutscenes that attempt to show they are coping with Batman’s death. 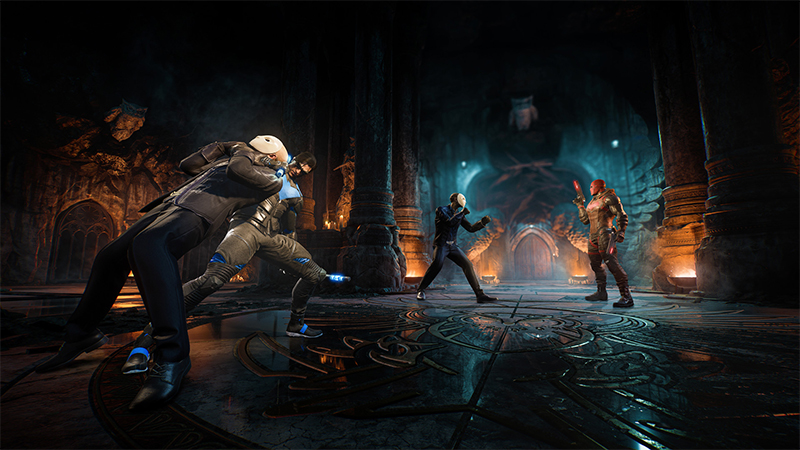 After a rather dull hour-long tutorial that sets up the mystery of finishing Batman’s final case, players can finally jump into cooperative play, which has been its main differentiator from the Arkham series (well, besides the overall quality). Co-op works well when patrolling Gotham itself as players can split up and tackle different crimes in the sprawling city or become a vigilante superhero duo that can team up and fight thugs together. The only downside is that the optional crimes in the open world aren’t actually interesting to complete because they’re either just plain enemy encounters that last a few minutes or something plain like chasing down a van; it’s all fluff to pad out the game and make it feel like there’s more to do than there actually is.

Funnily enough, it’s the story content where the co-op implementation shows its true limitations despite the game’s story being built around four heroes growing and working together. Issues become apparent just minutes into the first campaign mission during co-op. Cutscenes awkwardly only star the host’s character and ignore the other member of the Bat Family. The person not hosting also can’t open any doors that trigger a cutscene, which impedes progress. Combat suffers, too, since the actual brawling is rigid and means players can’t damage a foe if they are already in a battle animation. It all comes together to show that this game built around cooperative play isn’t actually a good co-op game. 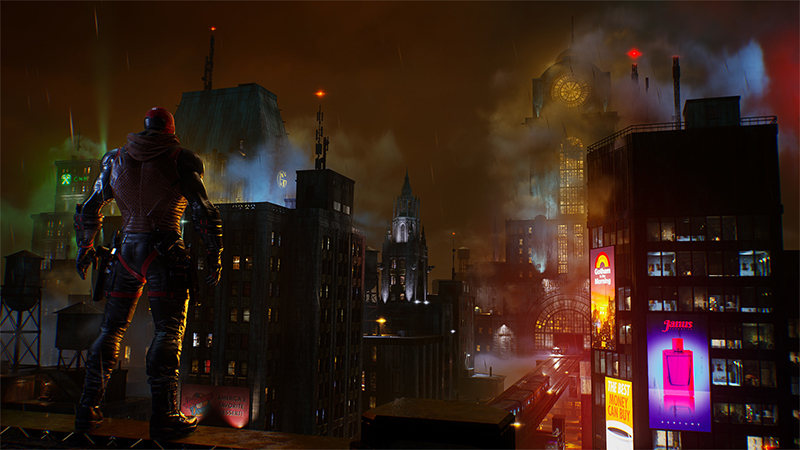 Gotham Knights doesn’t overstay its welcome — it’s actually quite sparse on content with only three meaningful side quests to go alongside the eight-chapter story. For example, getting around the city to different mission markers is terrible. The special unlockable traversal abilities are painfully slow and players have to tediously find drones within the environment to unlock fast travel locations. These tiresome moments are only useful for catching up with your co-op partner and discussing better games you both could be playing together instead.

While a lot of criticism has come toward the game’s frame rate and performance on console and PC, the bigger flaw is that it’s rarely interesting or has any confidence in its decisions; even WB Games Montréal has so little belief in its detective puzzles that you can hold up on the directional pad to skip them entirely. Melee combat, which is at the core of this game, is also not satisfying, which is a real disappointment considering it was a staple of the Arkham games.

While timing is important for combos, there’s not much variety in attacks and most are tied to meter-driven abilities. Anything cool is simply done via a button press rather than through a well-timed counter or fluid combo. This puzzling approach automates the action and takes out the player’s authorship over what happens on-screen. There’s also stealth, but it’s rarely worth trying as it’s a simplified shell of what the Arkham series had. It could have been interesting to coordinate sneaky strategies with another player, but Gotham Knights prioritizes action instead. 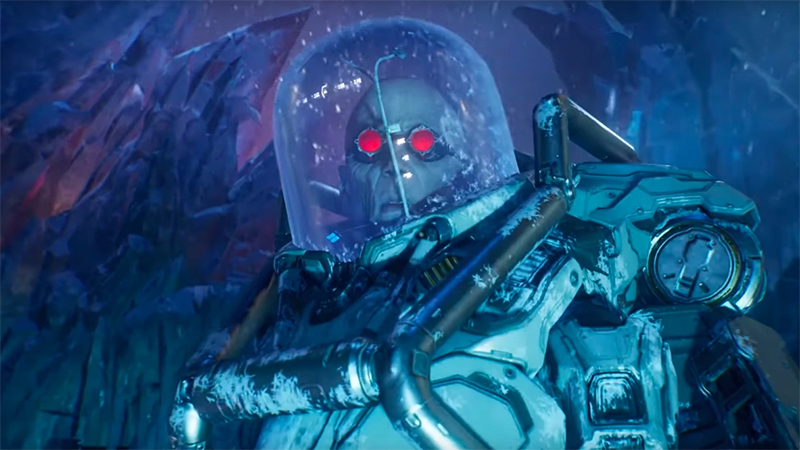 The main story is largely dull as it fails to make the Court of Owls interesting — the best it can do is pull in some relatives of recognizable characters as members. In fact, it’s the three villain-driven side quests featuring Harley Quinn, Mr. Freeze, and Clayface that wind up being the best narrative content within the entire game. These feature more memorable antagonists even if these depictions — aside from Harley hilariously becoming a self-help guru that is driving her “Quinners” insane — aren’t all that special.

The only noteworthy level comes from these missions as the penultimate Mr. Freeze quest features the entire city being blasted with ice and in sheer chaos, which is a striking visual in a city that is largely devoid of personality. These side missions make it clear that focusing more on smaller questlines featuring Gotham’s wide cast of villains, who are also dealing with the shock of Batman being gone, would’ve made for a much better experience. Instead, they’re a brief reprieve from a story that is only interesting in its opening and closing moments.

There’s no denying that Gotham Knights is a sizable disappointment even if it settles into being a decent, yet forgettable, game. The combat is plain, its missions are mostly predictable, and one of the greatest rogues’ gallery goes largely unused. The worst part is that all these underwhelming elements stem from a great idea that needs a sequel if any of the promise is ever going to be fulfilled. Hopefully, some of these ideas will find their way into future Batman titles, but it’s clear that Gotham Knights isn’t the dream co-op DC superhero game that it should have been.

Disclosure: The critic bought a PlayStation 5 copy for our Gotham Knights review. Reviewed on version 1.005.000.

According to a recent report from The Cosmic Circus, actress Jona Xiao is set to join the Marvel Cinematic Universe…
TV 14 hours ago

The CW has released the Gotham Knights Season 1 trailer for the highly-anticipated series, which makes its premiere on Tuesday,…
TV 2 weeks ago

Dead Space left off on a sour note, one with a pungent aftertaste that has lingered for almost a full…
Games 2 months ago