Ghostbusters: Spirits Unleashed was already set to get a collector’s edition and now Illfonic has finally detailed what will be in it. It’ll launch on October 18 for $69.99 alongside the base game and include some digital items as well as a special replica case. 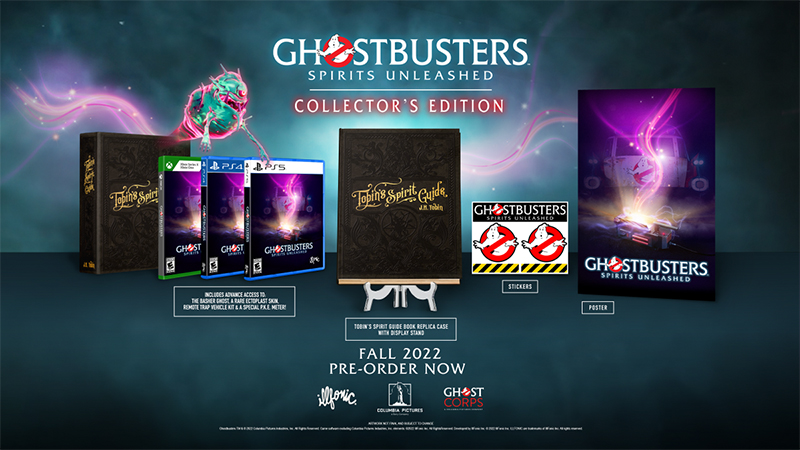 The replica case, as shown in the above picture, is based on Tobin’s Spirit Guide, the book in the fiction that chronicles a number of supernatural occurrences. It will also include a poster of the game’s box art, some stickers, and a display stand.

While Illfonic didn’t include a similarly detailed picture with the digital items, those will the collector’s edition will also get advanced access to the Basher Ghost, an Ectoplast skin, a Ghostbusters Remote Trap Vehicle kit Ghost Trap, and some sort of special PKE Meter. “Advanced access” implies that these will be unlockable through other means, but that has yet to be confirmed.

RELATED: Ghostbusters: Spirits Unleashed Preview: The Game That Wants Bustin’ to Feel Good for Everyone

As was previously announced, Avalanche Software held a new gameplay showcase for Hogwarts Legacy. This detailed deep dive showed off…
Games 3 months ago

A Ghostbusters VR game was announced in April, but little else was revealed about it. Developer nDreams has now released…
Games 3 months ago