Warner Bros. Games announced that MultiVersus will be adding in three new characters to its growing roster for the upcoming fighting game MultiVersus, including one of the biggest basketball stars in the world, LeBron James, as well as Rick and Morty.

Warner Bros. released a trailer of James in action, showcasing his many basketball-centric moves while dressed in his Space Jam: A New Legacy uniform. Rick Sanchez and Morty Smith from the hit Adult Swim series Rick and Morty didn’t get their own trailer, though, only a piece of key art. 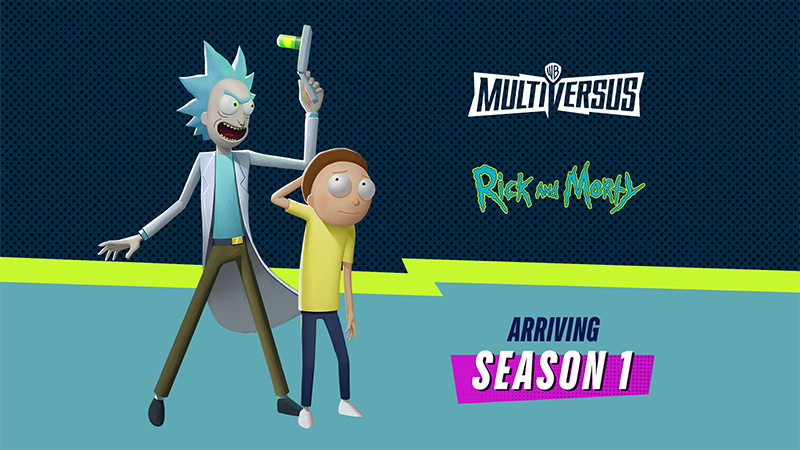 Judging by the gameplay trailer, James’ main attacks come from his ability to leap high into the air and slam down on enemies with his basketball in hand. While the game has James’ likeness, John Bentley will be providing the voice. The basketball star will also be available when the open beta is available more widely on July 26.

Rick and Morty’s moves weren’t officially shown, but Warner Bros. gave a small glimpse of their abilities in a press release. Rick will be able to use his portal gun to summon characters like Meeseeks. Morty, on the other hand, will mostly use projectiles and counters and can “whip himself at opponents.” Gameplay of Rick leaked online a few days ago, however, showing the scientist shooting and kicking on the upcoming Rick and Morty stage from the series’ infamous “Get Schwifty” episode.

Morty will be available when Season 1 starts on August 9. Rick will also be in Season 1, but an exact date was not given. It’s also not clear if Justin Roiland will be providing the voices for both characters. The game already has some bits of Rick and Morty in it, as Meeseeks characters also appear in the game’s tutorials as targets for players to train against.

The three combatants coming to the platform fighter corroborate a list of leaked characters that appeared last month, which included some wild names like The Hound and Daenerys from Game of Thrones, as well as Ted Lasso from Apple TV+’s hit series. While it’s unclear if all of these characters will make their way into the title, MultiVersus does seem to be pulling from a wide variety of places to ensure it has an incredibly diverse roster.

Kit Harington has played coy about a potential Game of Thrones spin-off series about Jon Snow, and that continued during…
TV 13 hours ago

MultiVersus‘ latest update is multifaceted. Not only does it introduce a new holiday event and some balance changes, but it…
Games 2 months ago

Black Adam was initially scheduled to join MultiVersus last week, but was delayed at the last minute. However, the DC…
Games 3 months ago