The hype surrounding a ‚Äúspectacular battle for the ages‚ÄĚ has been exacerbated by the involvement a red-eye robot. Word has more than gotten out that Mechagodzilla appears in¬†King Kong vs. Godzilla. Fear not, general audiences know next to nothing about the mechanical Kaiju‚ÄĒyou are not alone.¬†

The most important thing to know is this: (aside from King Ghidorah) Mechagodzilla is the biggest and baddest enemy Godzilla has ever faced. King Kong vs. Godzilla¬†is the first American production to ever feature the mechanical Titan. Here‚Äôs everything else you need to know about Mechagodzilla‚Äôs past, present, and future but were too afraid to ask.¬†

Godzilla first appeared on screen in 1954. Coming up on his 20th anniversary, Gigantis needed a new opponent, one fiercer (and larger) than all the rest. Enter Mecha. Inspired by the mechanical Kong from 1967‚Äôs¬†King Kong Escapes, Mechagodzilla premiered in the aptly-titled¬†Godzilla vs. Mechagodzilla¬†(1974). The film introduced the Black Hole Planet 3 aliens, a group of green, humanoid apes who planned to take over Earth by building an unstoppable monster. They used alien titanium to birth a creature that resembled Earth‚Äôs greatest Titan, Godzilla. However, before unleashing Mechagodzilla on the Japanese countryside, they dressed it in a fake Godzilla disguise (scales, skin, etc).¬† 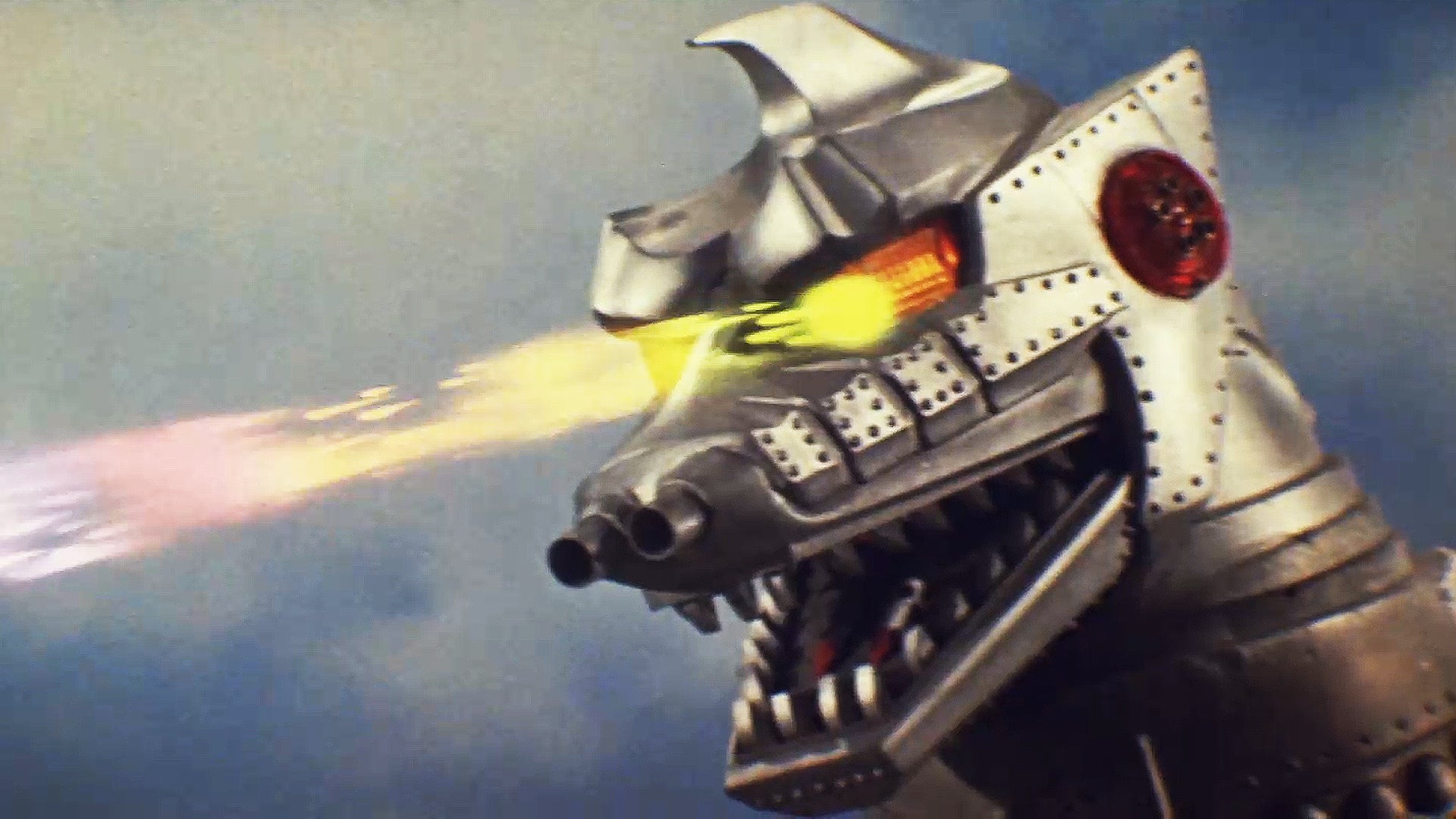 Mechagodzilla‚Äôs first opponent was Anguirus and, like his skeleton in¬†Godzilla: King of the Monsters¬†(2019), Anguirus proved a moot point in 1974. Not realizing Mechagodzilla wasn‚Äôt the real deal, no one understood why Godzilla was having such a bad day. It wasn‚Äôt until the real Godzilla showed up that Mechagodzilla dropped the act, revealing itself to be a cyborg and whipping out the big guns (literally): jet boosters, force fields, lasers (to match atomic breath), and missiles. ‚ÄúKiryu‚ÄĚ would go on to develop its arsenal courtesy of things like energy absorption, energy blades/swords, railguns, drills and even shock harpoons in¬†Godzilla vs. Mechagodzilla II. Godzilla was able to claw a draw in his first fight with Mechagodzilla, giving¬†Godzilla vs. Mechagodzilla‚Äôs human protagonists time to think of a plan B. Throw in a prophecy foretelling a tag-team match to save the world, a ritual, and a forgotten Kaiju known as King Caesar (who can redirect energy beams) and round two is an entirely different beast. Ultimately, Godzilla used lightning to become an electromagnet, drawing Mechagodzilla in while King Caesar went to the body like Balboa‚ÄĒthe key to defeating Mechagodzilla is taking away his mobility and long-range advantage.¬†

In the end, Godzilla returned to the ocean, as always, but the saga with his bizarro counterpart continued in¬†Terror of Mechagodzilla¬†(1975). Following that film, Mechagodzilla didn‚Äôt return to the big screen until 1993‚Äôs¬†Godzilla vs. Mechagodzilla II. The¬†model in this film was bigger, equipped with more weapons (including the ‚ÄúG-crusher‚ÄĚ), and piloted by an internal human crew. Like something right out of Gundam, Mechagodzilla was combined with an autonomous aerial gunship called Garuda to be come Super-Mechagodzilla. The appearance of Godzilla‚Äôs mimic would go on to be changed/enhanced with each film. Piggybacking off the idea of a human-piloted Mechagodzilla, its third iteration in¬†Godzilla Against Mechagodzilla¬†(2002) was created using the original Godzilla‚Äôs skeleton and boasted rocket launchers, cannons, and extendable blades for close combat. The icing on its cake was the Absolute Zero Cannon, a chest-mounted weapon that turns its victim to zero degrees Kelvin.

Like great A.I, Mechagodzilla is prone to going all Skynet and become sentient; developing a mind of its own after being awoken by Godzilla in both Godzilla Against Mechagodzilla and¬†Godzilla: Tokyo S.O.S.¬†(2003). This has caused various rampages and, on occasion, even Mechagodzilla‚Äôs defending of Godzilla from humanity. Despite not being operational in¬†Godzilla: City on the Edge of Battle¬†(2018),¬†Mechagodzilla made a climactic appearance in¬†Ready Player One¬†(2018), adding to a vague awareness in the states. Now,¬†King Kong vs. Godzilla¬†is capitalizing on an appearance the MonsterVerse has already foreshadowed.¬† 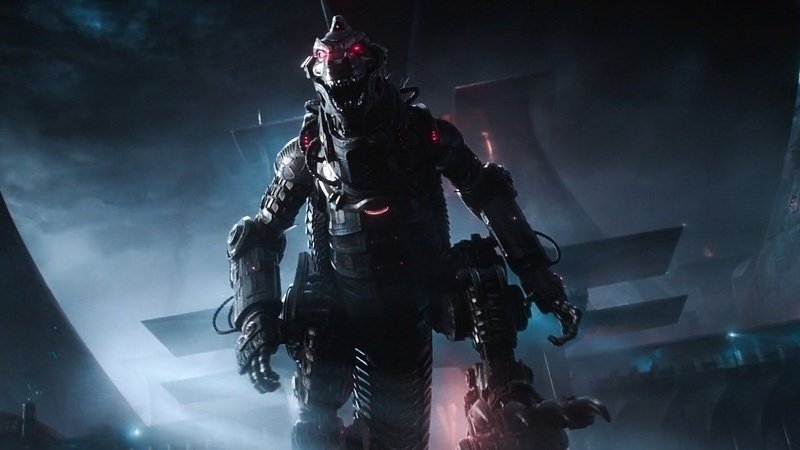 Mecha‚Äôs role in the MonsterVerse

During the closing credits of¬†Godzilla: King of the Monsters, a newspaper article with the line ‚Äúmechanized giant‚ÄĚ suggested that Monarch (the scientific organization investigating the origin of the Titans) was building a creature on Skull Island, Kong‚Äôs home. In¬†King Kong vs. Godzilla‚Äôs trailer, blueprints for a mysterious project can be seen on a computer screen. Similar to how people were confused by a disguised Mechagodzilla in¬†Godzilla vs. Mechagodzilla, everyone is wondering what provoked Godzilla in the upcoming film.¬† 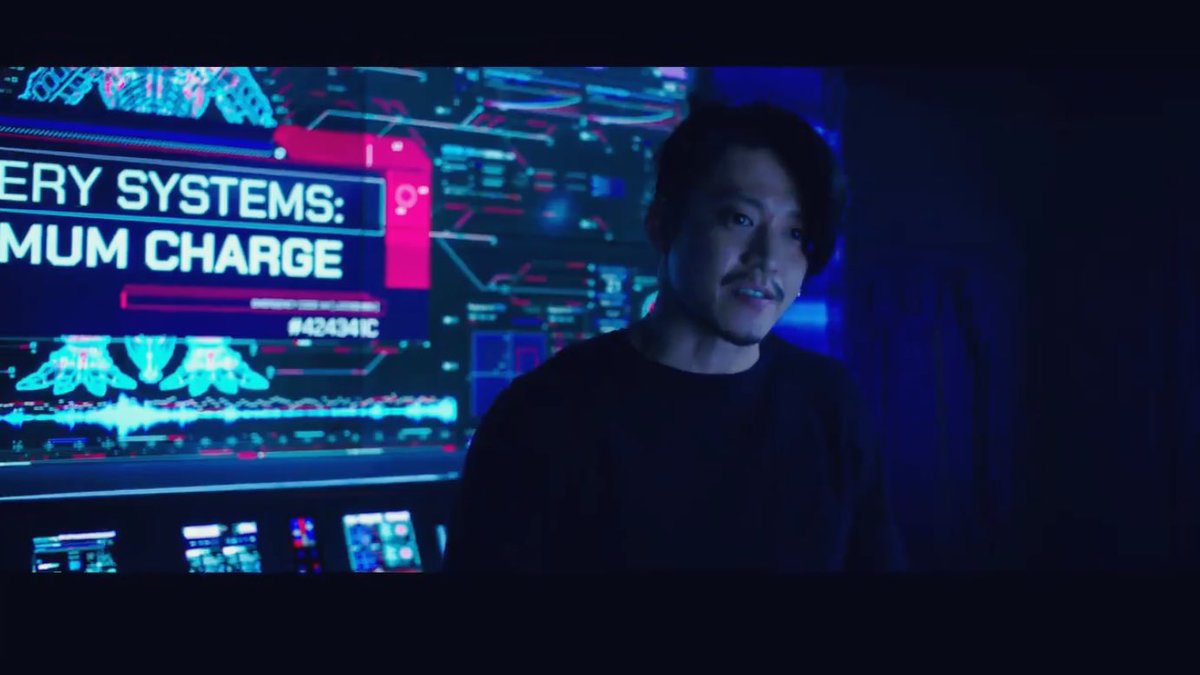 On top of his rampaging, Godzilla climbs on top of a naval vessel like a lizard. That said, Godzilla (from the Toho films) is a dinosaur that survived extinction. The assumption that Godzilla is a lizard stems from Americanized versions depicted in films like 1998‚Äôs¬†Godzilla. This may be the Monsterverse‚Äôs way of trolling other depictions. So far, the Monsterverse seems to be drawing from more faithful versions of the character.¬†¬†

Godzilla vs. Mechagodzilla II¬†re-imagined the cyborg‚Äôs origin story, having it created by humans who wanted it to protect Tokyo from the actual Godzilla. Like with that film, Apex loses control of their robot when it becomes self-aware ala The Terminator, and becomes a new enemy that Kong and the actual Godzilla will have to team up to defeat. The Monsterverse‚Äôs permeating theme is that of Man vs. Nature, so it makes sense for a man-made Mechagodzilla‚ÄĒone not only designed to be Godzilla‚Äôs equal, but his superior‚ÄĒ to battle the ancient Titans.

No two versions of the character have been the same; new designs, abilities, weaponry, and origins accompanying each iteration. Mechagodzilla upping the ante in this showdown of the century between Godzilla and Kong will surely have a huge impact on the Monsterverse moving forward.¬†