TOHO and Orange unveiled a new trailer for the upcoming anime series Trigun Stampede, revealing a release date month for the new anime, which is set to premiere in January 2023.

The new trailer shows off even more of Vash the Stampede’s new look, as well as a look at Meryl Stryfe, a character from the original series who is also set to appear in this rebooted series. The trailer also gives fans the first look at Nicholas D. Wolfwood, the mysterious priest who carries around a large cross with him at all times.

Check out the new Trigun Stampede trailer, as well as a new poster, below:

“Trigun is a popular action manga series by Yasuhiro Nightow that follows the story of Vash the Stampede, a legendary gunman and a pacifist with a bounty on his head,” reads the original series’ synopsis. “Its original 1998 anime series, Trigun, and a 2010 feature film, Trigun: Badlands Rumble, achieved global popularity and inspired many creators.” 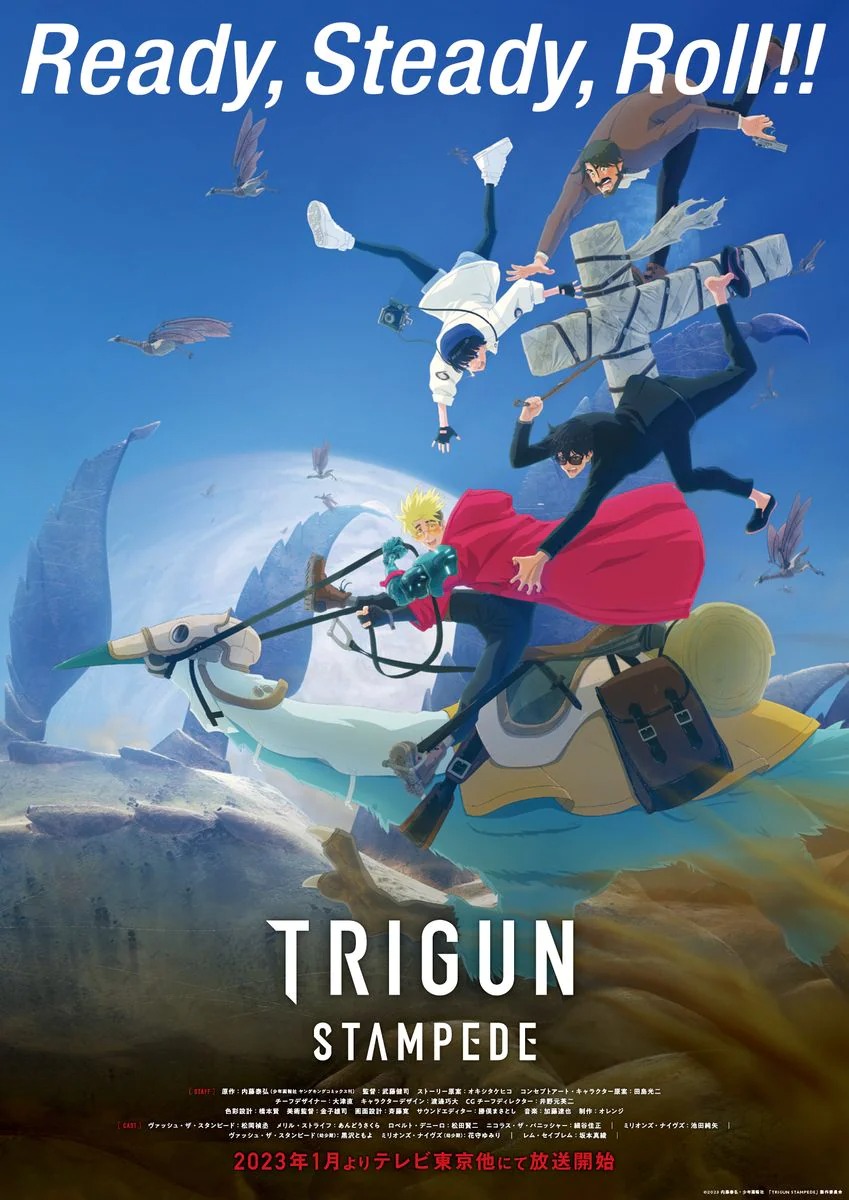 The mysterious machines turn out to be bombs. Vash apprehends the culprit, but Knives appears and destroys the town. Here…
Anime 1 week ago

Apple TV+ has announced Ted Lasso Season 3’s release window and given fans their first look at the upcoming season.…
TV 2 weeks ago

The townspeople of Jeneora Rock and the Nebraska Family attack Vash in hopes of claiming his bounty. However, Vash turns…
Anime 2 weeks ago

The next DC Comics audio series officially has a release date, with Spotify and Warner Bros. confirming that Harley Quinn…
TV 3 weeks ago